This Wednesday, I am so excited to introduce you to Flo! She is one of my good friends who recently spent a month in Antarctica conducting penguin and seabird fieldwork. Read that again: she spent a month in Antarctica basically being a boss-a$$ bi***. Of course I had a thousand a one questions, and she was kind enough to answer them! If you have any questions for her, leave them in the comments below.

Now, let me introduce you to Flo:

Q: First of all, can you tell everyone a little bit about yourself?

I graduated from Michigan State in 2012 with a B.S. in zoology. An internship was part of my program to graduate and I was hired on shortly after at the Detroit Zoo as a zookeeper. I spent a small amount of time in the bird department before moving over to mammals. Eventually, I became the primary grizzly bear, seal, and sloth keeper. I’m 29 (eeeek) and currently live in the Metro Detroit area. I recently got engaged to my boyfriend of many years while on a cruise with my parents. We have a stinky old pug, whom we’re obsessed with.

Q: Congratulations on your engagement! (also: eeeek!) That’s a lot to accomplish by 29, great job, girl! So obviously, you were invited to go to Antarctica. Can you tell us why you were able to go, and what your ultimate goal of the trip was?

The Detroit Zoological Society has a relationship with the Polar Oceans Research Group, which was the team I was apart of while I was down south. The founder, world renowned penguin and polar ecologist, Dr. Bill Fraser consulted on the award winning Polk Penguin Conservation Center that was built at the zoo a few years ago. He gave advice on how the new penguin habitat could be optimized for the best welfare for the penguins that would reside there. In return, the zoo has sent two people over the years to help with the penguin and other seabird field work being conducted at the U.S. Palmer Station in Antarctica. I was fortunate to be the second asked to go, and there was no way I was going to say no! I really wanted to be able to represent my institution well and see what the other side of animal science is like in the field.

Q: How long was your trip?

So it takes about a week to get there from Michigan. This includes a 24 hour flight followed by a five day boat ride to reach the research station. After all of that nonsense, I spent a month living and working there.

Q: Geeze, I think that 5 day boat ride might have been the death of me! So the first question on everyone’s minds: What’s Antarctica actually like?

People always ask me this. Antarctica is just so alien to most people and it is sort of like landing on another planet. The seasons are actually opposite of the northern hemisphere, so since I went in November it was the austral summer there. This means it’s about twenty hours of daylight and the temperature lingers around thirty degrees. It wasn’t too cold, especially when hiking around looking for birds. 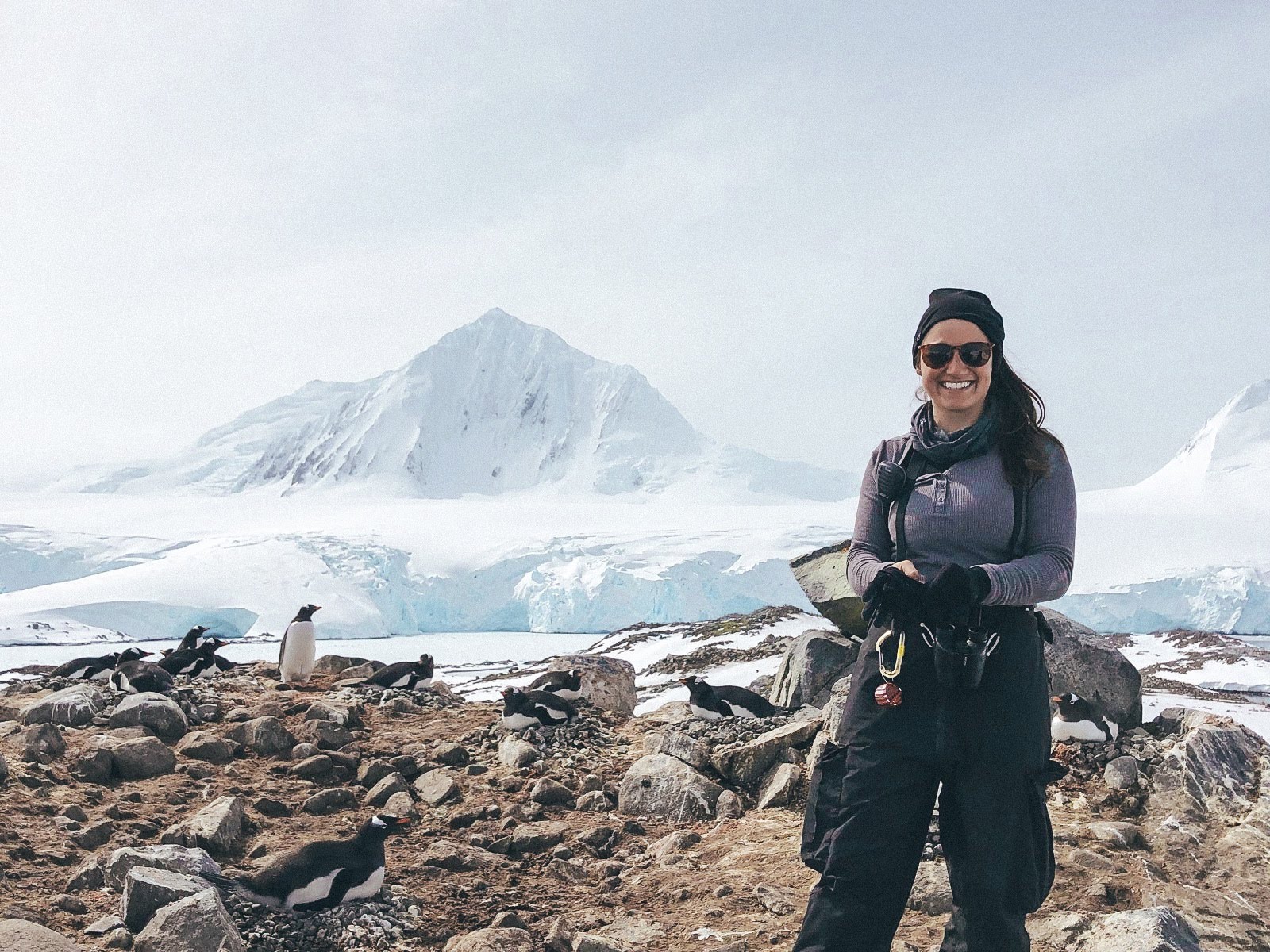 Q: How many people were there with you?

The “birder” team consisted of three people with myself included. Overall, the station fluctuates around 40 people. Half of this is support staff while the other staff are researchers and their team. 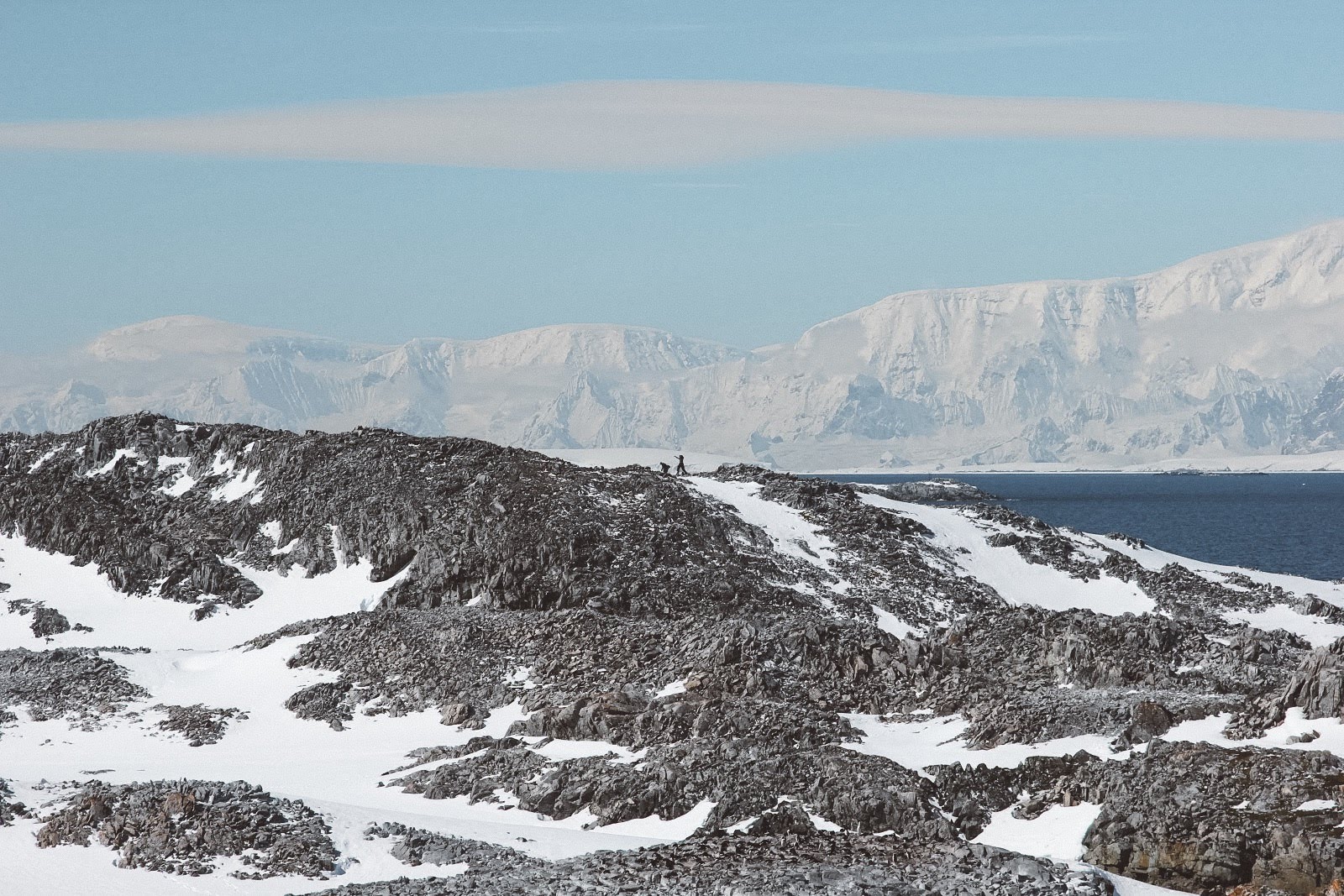 Q: What was the hardest part?

Leaving my dog for so long. I’m pretty sure he thought I was dead!

Q: What was your favorite memory?

The whole experience was just phenomenal. You go in expecting Antarctica to be this grey wasteland but it’s full of colors and teeming with life. If I had to narrow it down to one thing, probably seeing and hearing penguin chicks for the first time. They usually don’t hatch until around the time I was leaving, so on our second to last day we heard some peeps and saw these newly hatched chicks. The parent soon after laid back down on the chicks, hiding them from view. Probably the best picture I’ve ever taken. 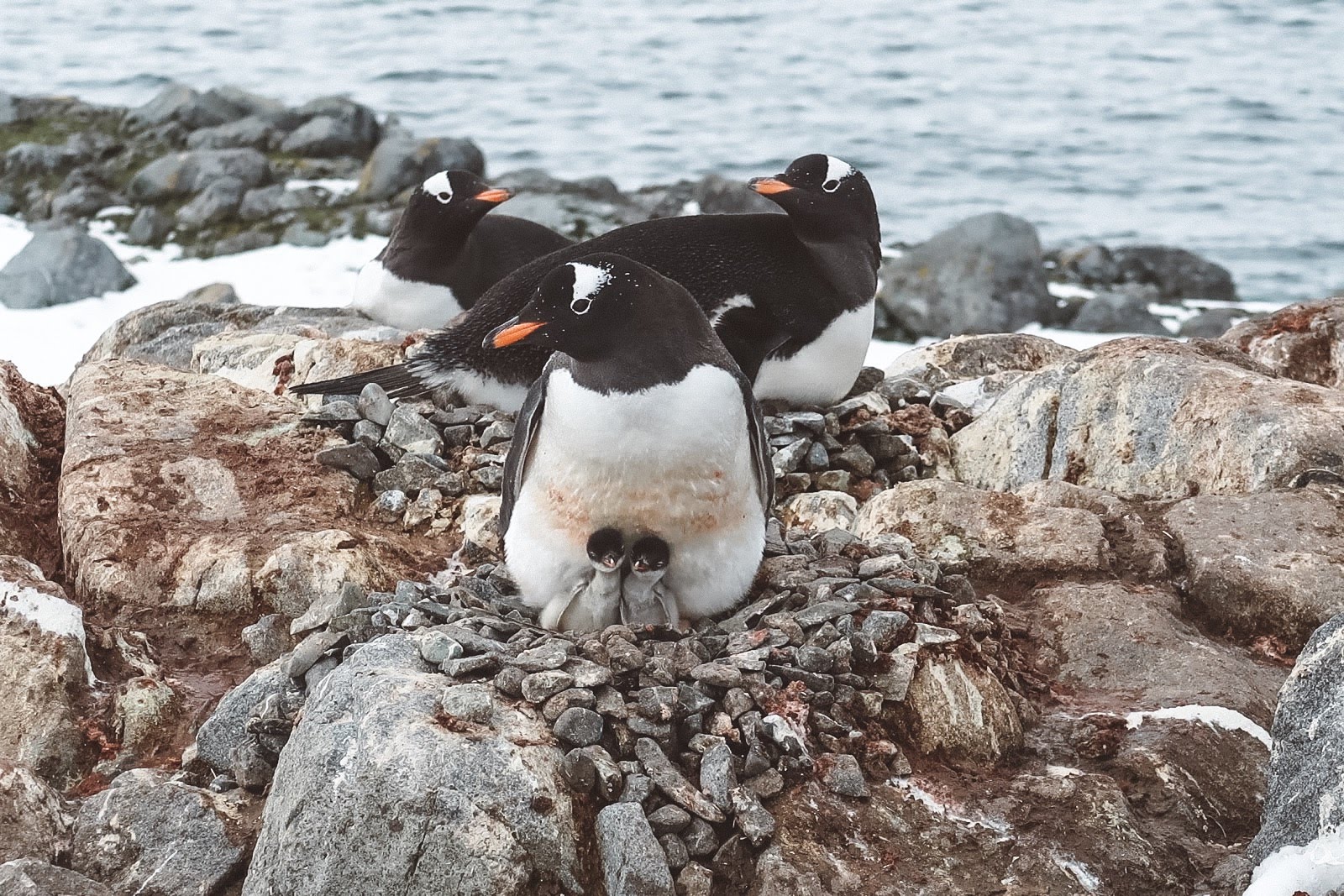 Q: I don’t handle ice well. Were there any embarrassing moments?

Girl, you don’t even know. We were constantly falling and laughing at each other. The snow would be so deep at parts that you would just fall through and get stuck. I lost a shoe a couple times.

Q: On your blog, you mention the moss in Antarctica… how crazy!? I had no idea there was moss there, or anything except snow, really. Can you tell us more about the moss, and was there anything else you didn’t expect to see?

Haha right? So I don’t claim to be a moss expert but the botanists came down right as I was leaving so I was able to speak to them about their science for a bit. The moss depends on the moisture from the melting snow, since it doesn’t rain really. They rely heavily on the high amount of UV to stay warm. Since they take so long to grow (50 years plus), you really have to be careful hiking not to step on them. It’s not easy! What I didn’t expect to see was the amount of visitors that weren’t staying on station. We saw one couple who came on a sailboat who sailed from Australia and a few cruise ships.

Q: What tactics did you find worked best with counting all those adorable penguins and keeping them straight? That seems like it would be really hard.

It is so hard. They’re all running around in between nests in the colony, disturbing everyone so they’re all biting and vocalizing. It’s a mess. But since we had three people, we would each count a colony three times and average it out between our nine counts. Some colonies had different species of penguins nesting mixed in so you’d see a black butt but it would be the wrong species you’re counting. For the colonies with five hundred plus penguins, we’d take pictures and count on the computer and do the same averaging. 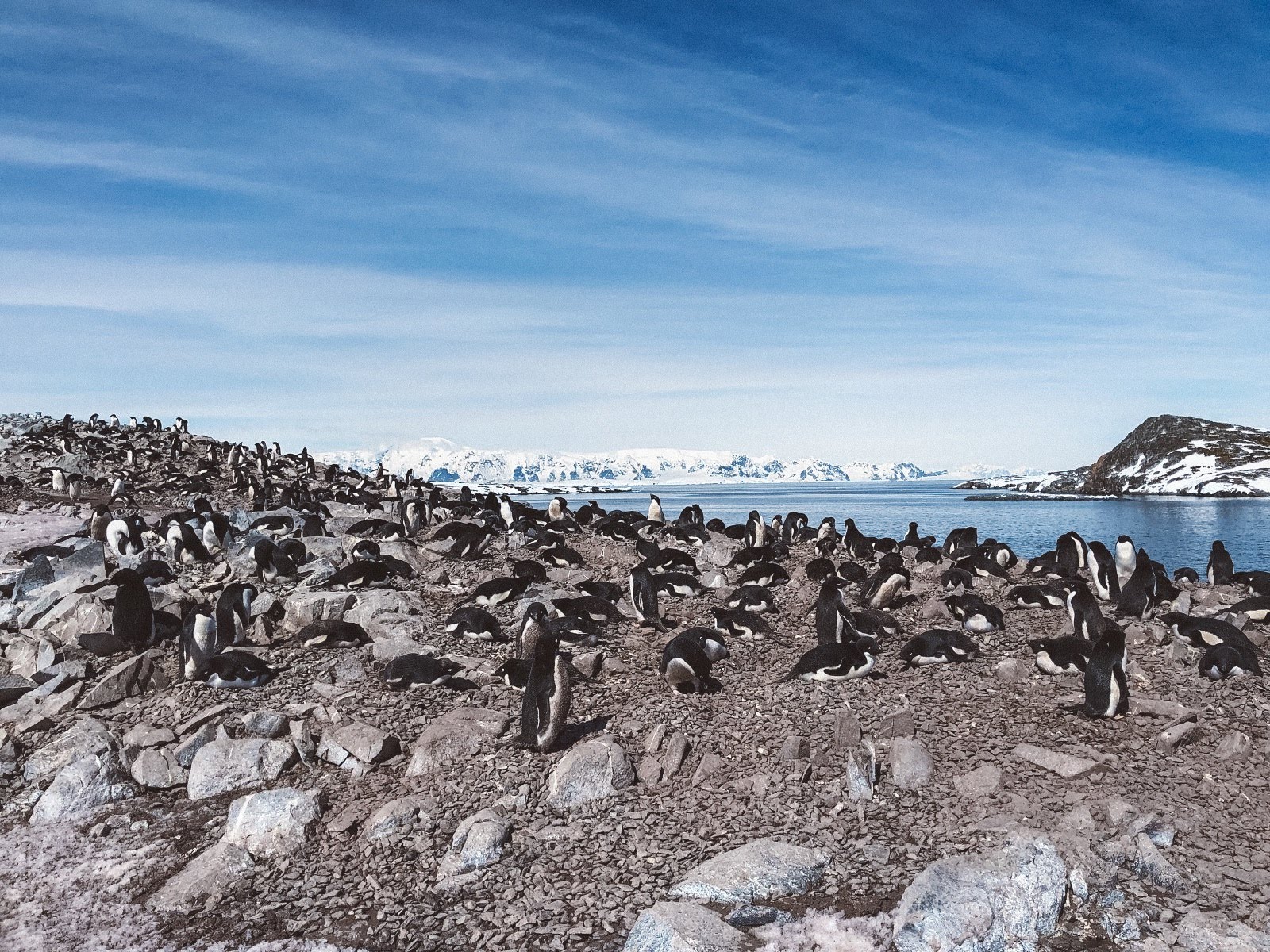 Q: The second question on everyone’s minds: What did you eat?!

Another question I get a lot haha. There were two chefs on the support staff with three other vegetarians stationed. Fresh produce (referred to as freshies) was delivered whenever the ship came in which fluctuated from every two to six weeks. Other than that; a lot of pasta, beans, rice, and whatever lasts long. We did have homemade pizza a couple times!

Q: What types of animals did you encounter?

Lots and lots of birds. There are three species which reside bear station: Adelie, chinstrap, and gentoo. There’s a lot of seabirds that people don’t really think of when they think of Antarctica such as different species of gulls, terns, and relatives of albatross. Also lots of seals. Crabeater seals are the most common marine mammal so we’d see them daily. Saw a few leopard seals and a couple of their pups. Very spooky. Also about three species of whales. They start moving in later in the austral summer when the krill is more abundant. 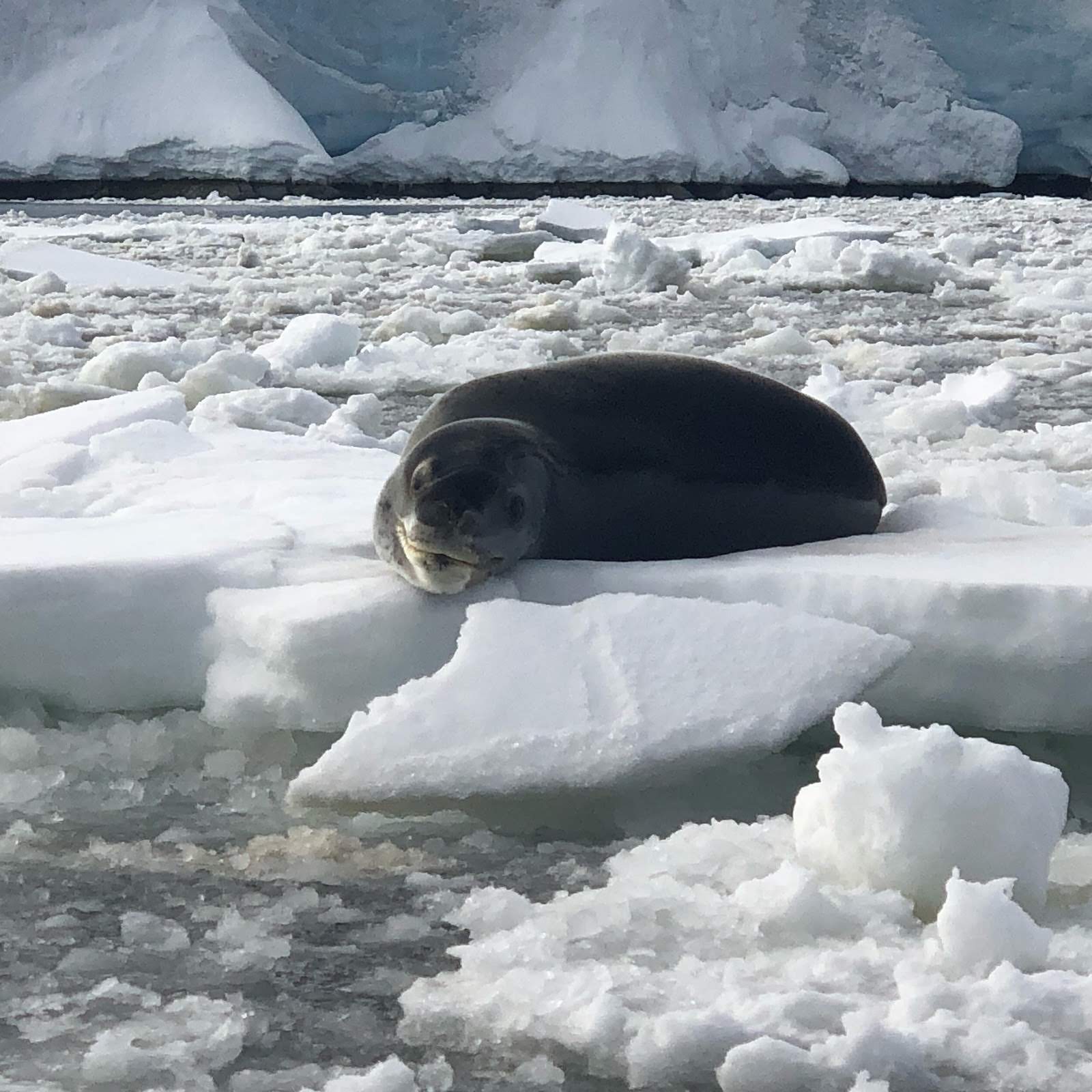 Q: Are any of them native only to Antarctica? (If so, which ones?) 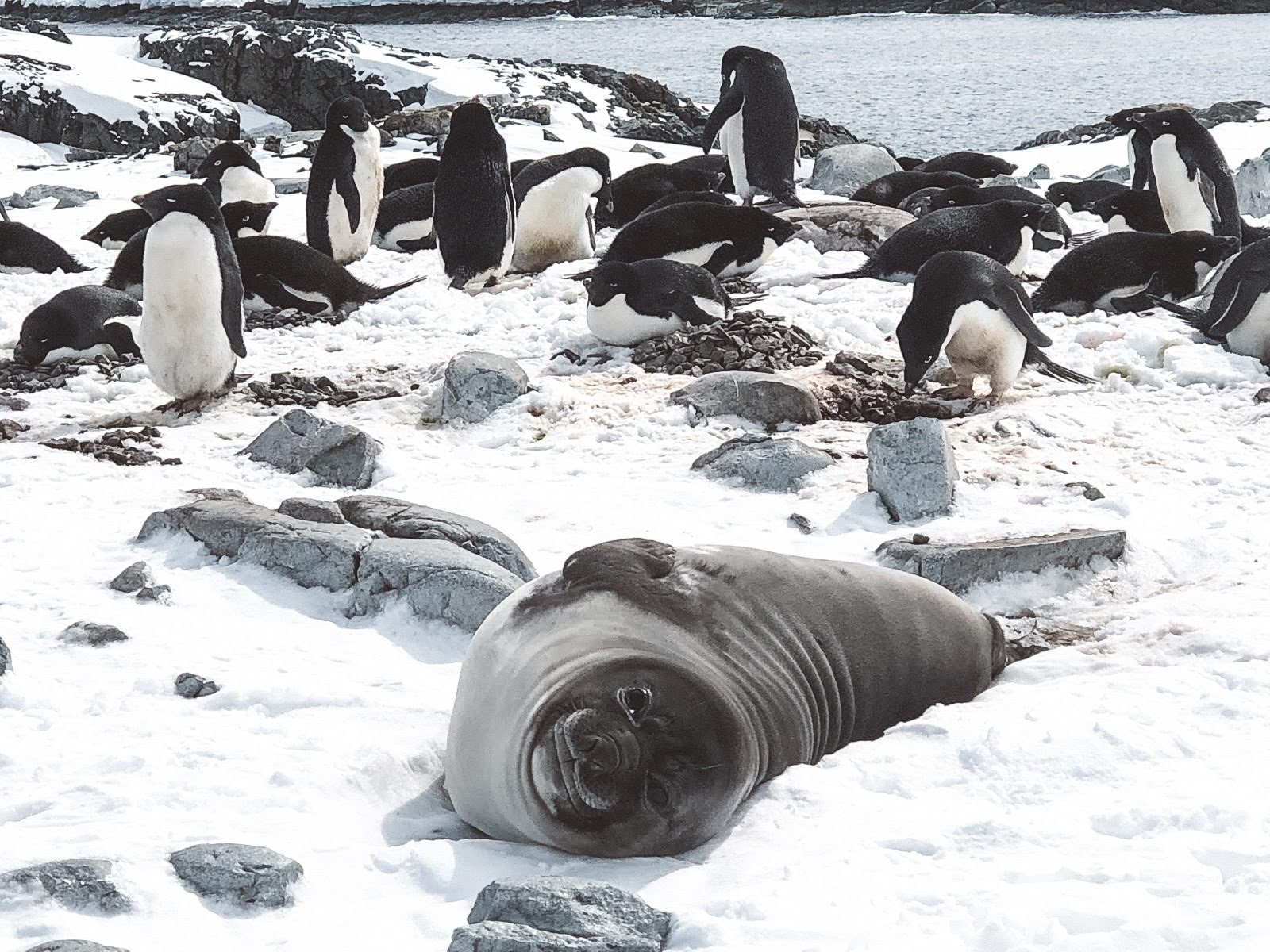 Q: Do you miss parts of it? Would you ever go back?

Going to Antarctica was a trip of a lifetime and probably the peak of my zoological career. People always say after they leave, the ice calls you back. I think that’s true. There is just nothing like it.

Q: What is your favorite part?

Probably just the job. We got up everyday and checked the weather to see if we could take our small boat out. From there, we’d hike around doing different surveys on various species of birds. Pretty much the perfect job.

Q: What were your three most important items that you packed with you?

I can’t emphasize enough how much sunscreen I used! The sun is so strong there and it reflected off the snow and any skin exposed would get burnt. That being said, sunglasses are my number two. Sunblindness is real there. Ties for third was my phone (not to sound basic) but I could get WiFi on it to communicate with my family, and my camera (which was recommended by you and I LOVE it!).

No kidding! Checkout that tan!

Editor’s Note: The camera I recommended to Flo is the Canon PowerShot G7 X Mark II which you can shop here. It takes awesome photos (as you can see with her pictures in this post!) and great video, too. The auto option works great, and it has manual options as well. For an extra bonus, the screen flips up so you can take selfies or videos and see the screen at the same time!

Q: If people want to read more about your trip, where can they find it?

I wrote a blog for the zoo, which can be found on their website [here]. There’s also a video I did for the Conservation Gala that talks about my trip and what other cool field projects are going on through the zoo [here].

I highly recommend checking out her blog [here]! It’s like looking at National Geographic 🙂 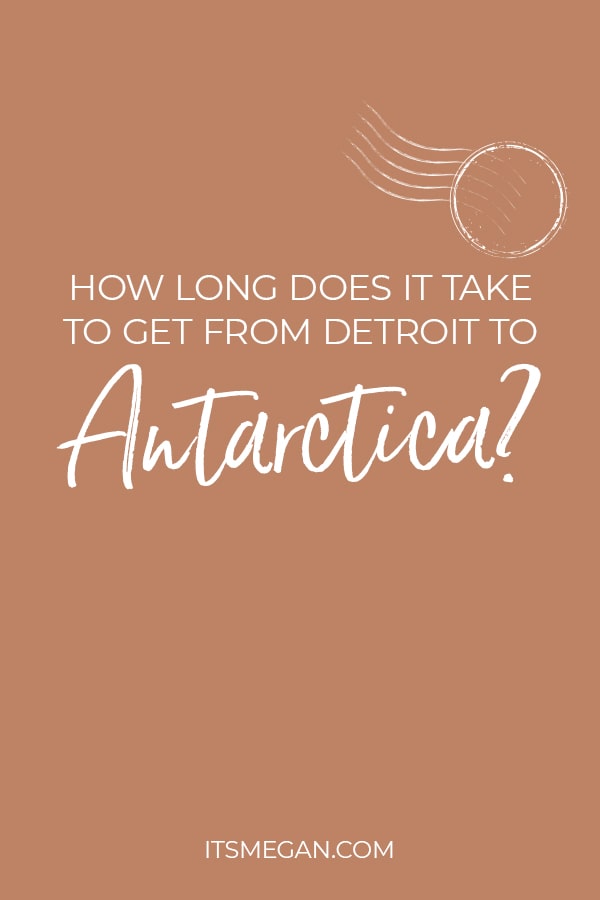 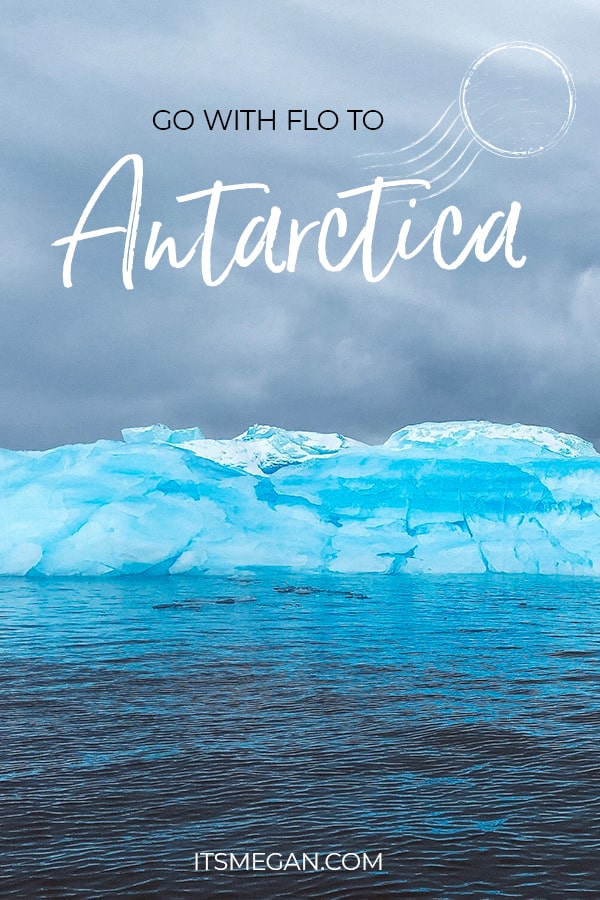 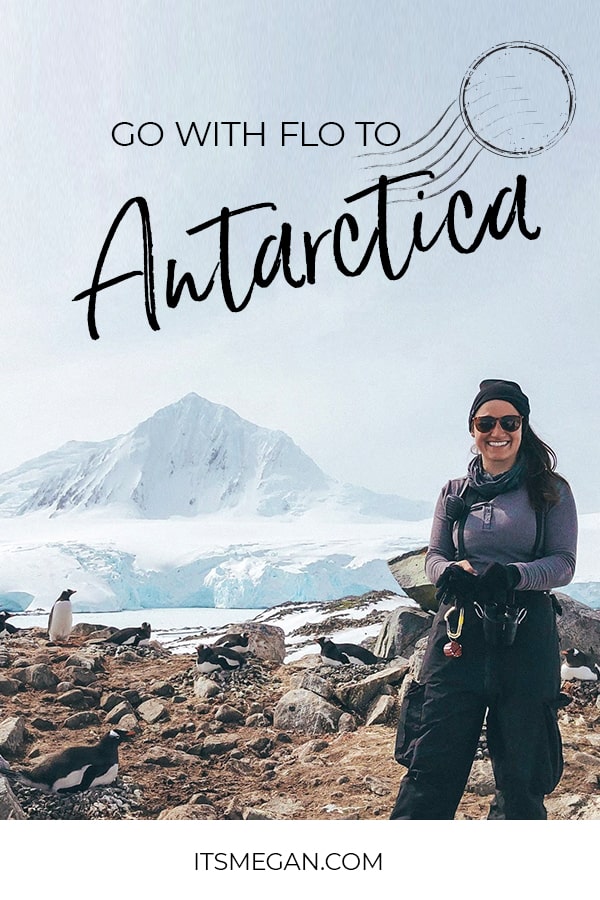 Also be sure to check out this post for tips on what to do on your Iceland Stopover!