Frankenmuth, MI: The Hallmark Town of Your Dreams

This is my guide to the perfect Hallmark Christmas Movie experience in Frankenmuth! (Sidenote: after posting this, it was announced there will actually be a Christmas movie filmed in Frankenmuth! I’ve added the link to the story at the bottom of this post.)

Frankenmuth is a small Bavarian Town (3 miles2) located in Michigan, about 1.5 hours northwest of Detroit.

Nicknamed “Little Bavaria”, Frankenmuth’s original settlers were from Franken, Bavaria. Adding the term “muth” (German for courage), the settlers named Frankenmuth after the term “courage of the Franconians.”

Frankenmuth is home to Bronner’s Christmas Wonderland (they say it’s the World’s Largest Christmas Store!). You’ll also find many fudge and cheese shops, a cuckoo clock store, and boutiques. You can read more about their history on the Frankenmuth, MI Wiki page here.

Cheese, fudge, fudge cheese, taffy. They also have many restaurants that are known for their chicken dinners and classic Bavarian dishes!

There were German and Alsatian wines and beers at stores and restaurants – highly recommend.

How to Get Around:

For the most part, I say park your car and walk around. To get to Bronner’s, you will want to drive.

Being in Frankenmuth makes you feel like you’re in a Hallmark Christmas Movie town. Seriously, you will think the town’s name is Mistletoe or something.

There are multiple Christmas trees, lights covering the streets, horse-drawn carriages, and a historic covered bridge. Plan a day trip with the girls, or a date night!

We ate brunch at Honey B’s (and it was delicious!). It has a super-high rating on Yelp. We only had to wait for about 10 minutes. This place is tiny, and the service and food are amazing! 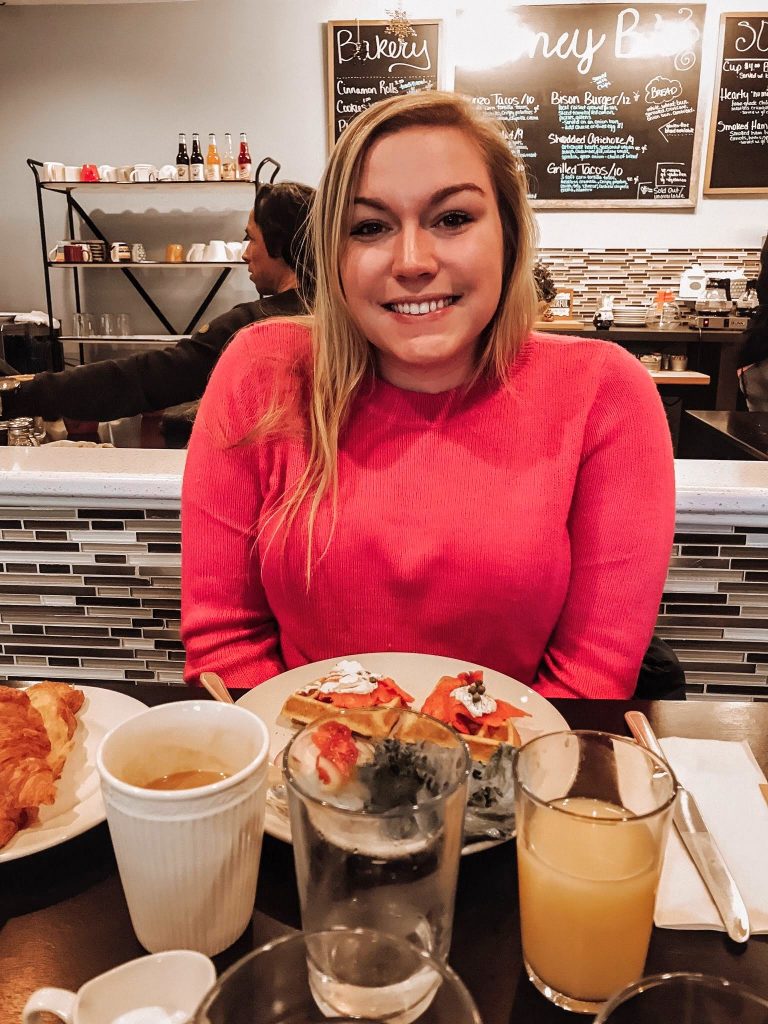 For lunch, we intended to eat at Bavarian Inn, but the wait was crazy, and we were hungry! The menu for Bavarian is much more Germanic than Michigan on Main. However, we were very happy with our decision! We loved our food, and we were able to watch some of the Michigan State Football Game. 🙂 We each had a spiked iced coffee which was phenom-nom-nom. 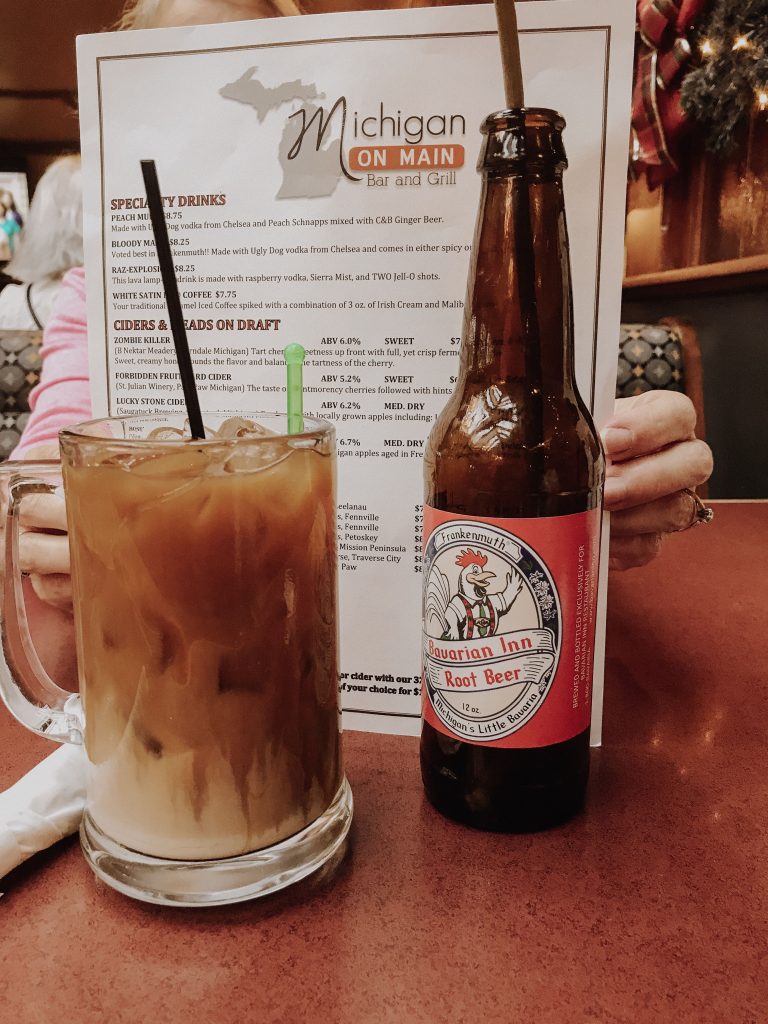 Ok this was a little frightening. But, it’s Michigan’s Largest Covered Bridge, and it’s in the perfect location to get from one side of the cute town to the other. The view from the bridge is beautiful, just don’t look down… You can sort of see through the wooden slats. If you’re like me, the water below is not something you wanna see! Cars can only go 7 mph through the bridge (such an odd speed!), and there are pedestrian walkways on both sides. It’s a gorgeous bridge, and great for photo ops! 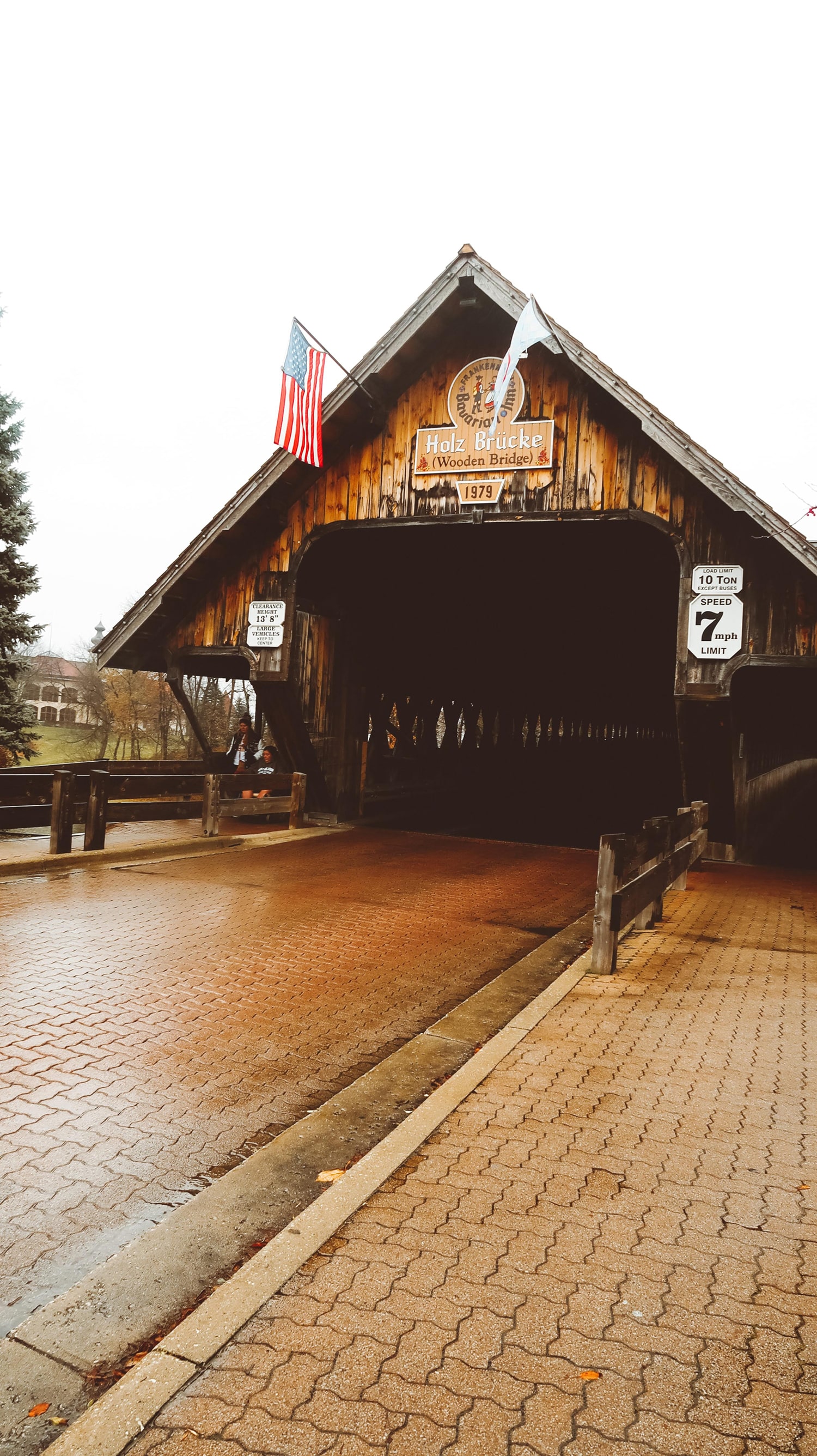 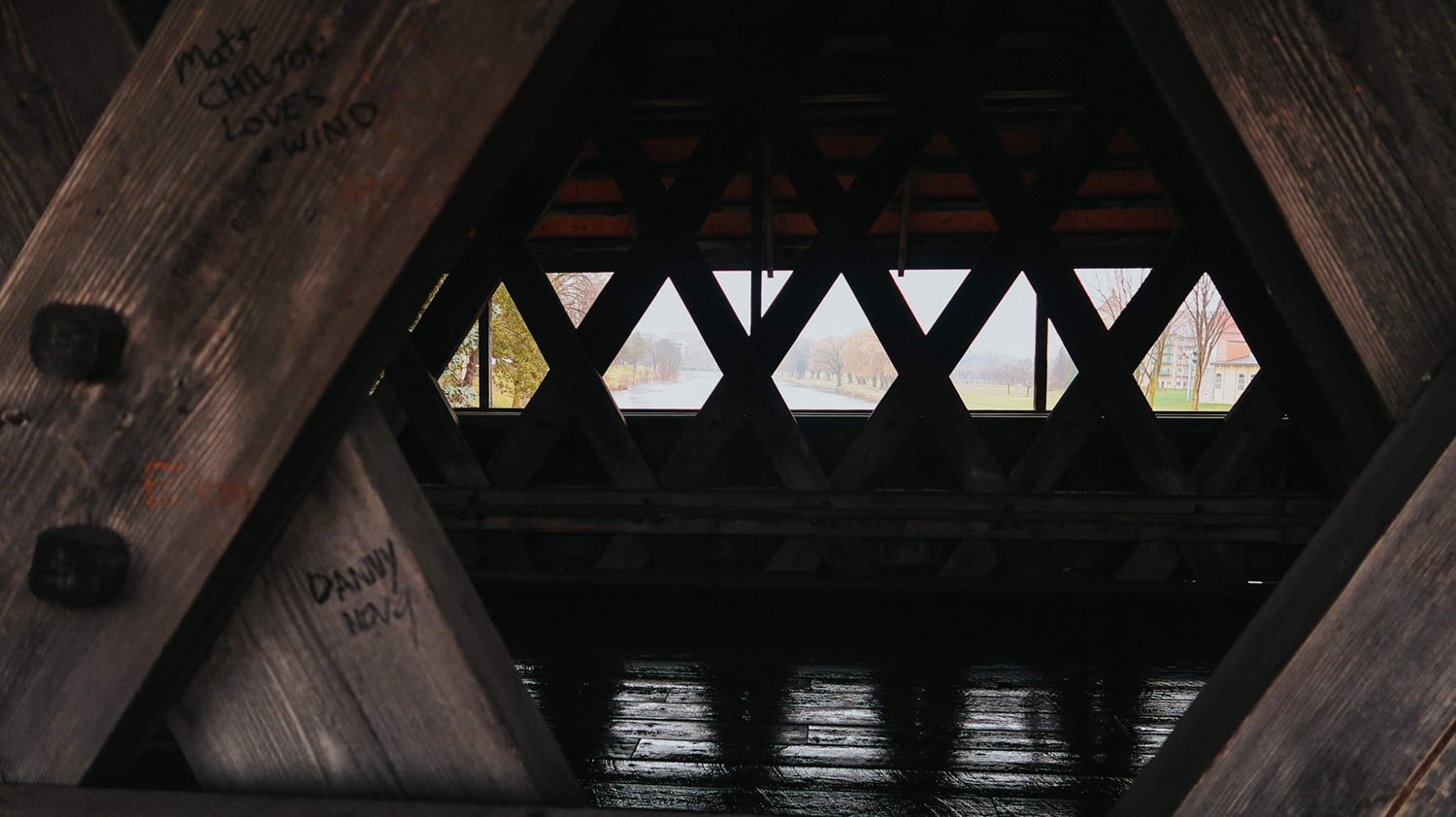 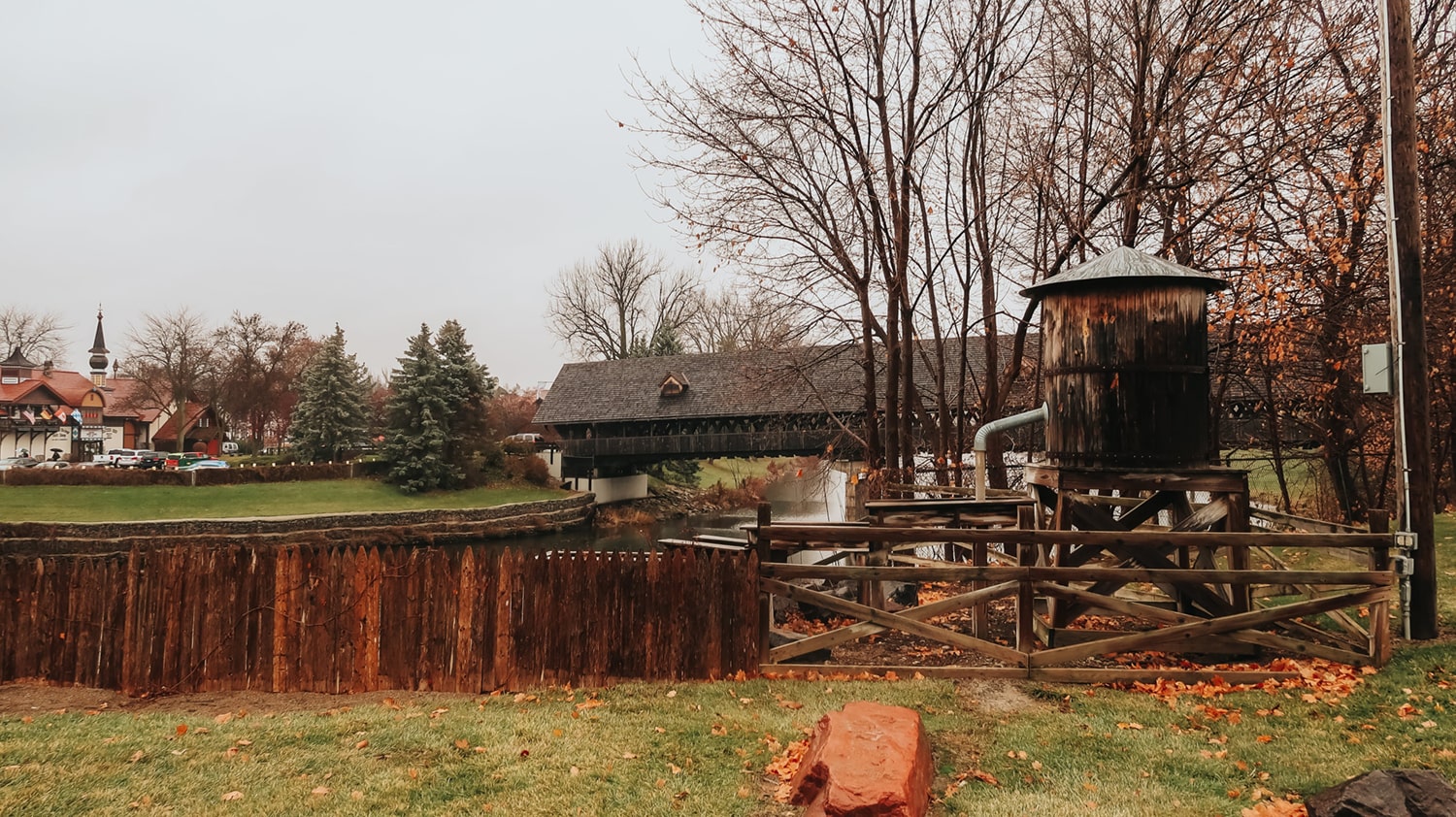 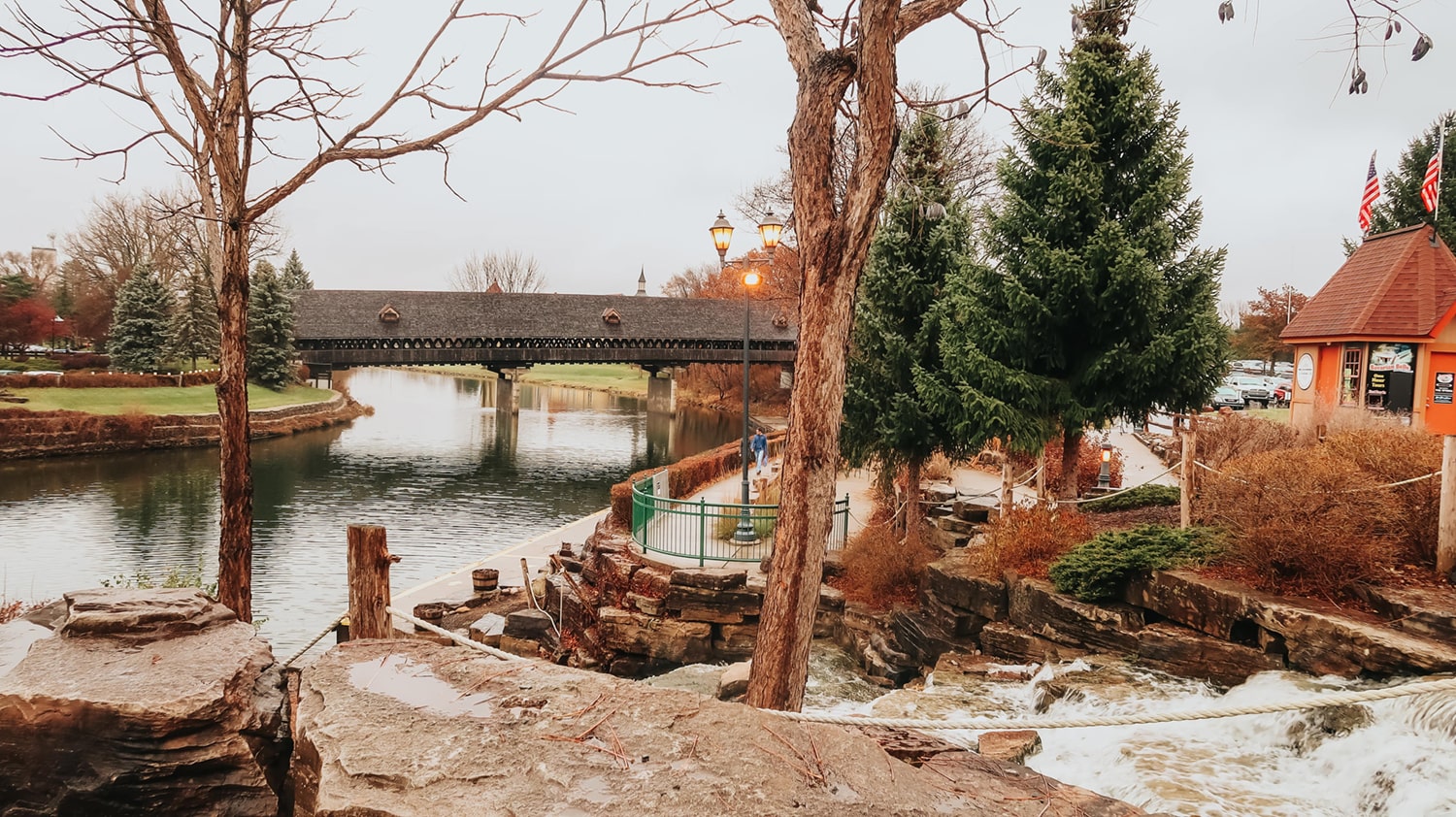 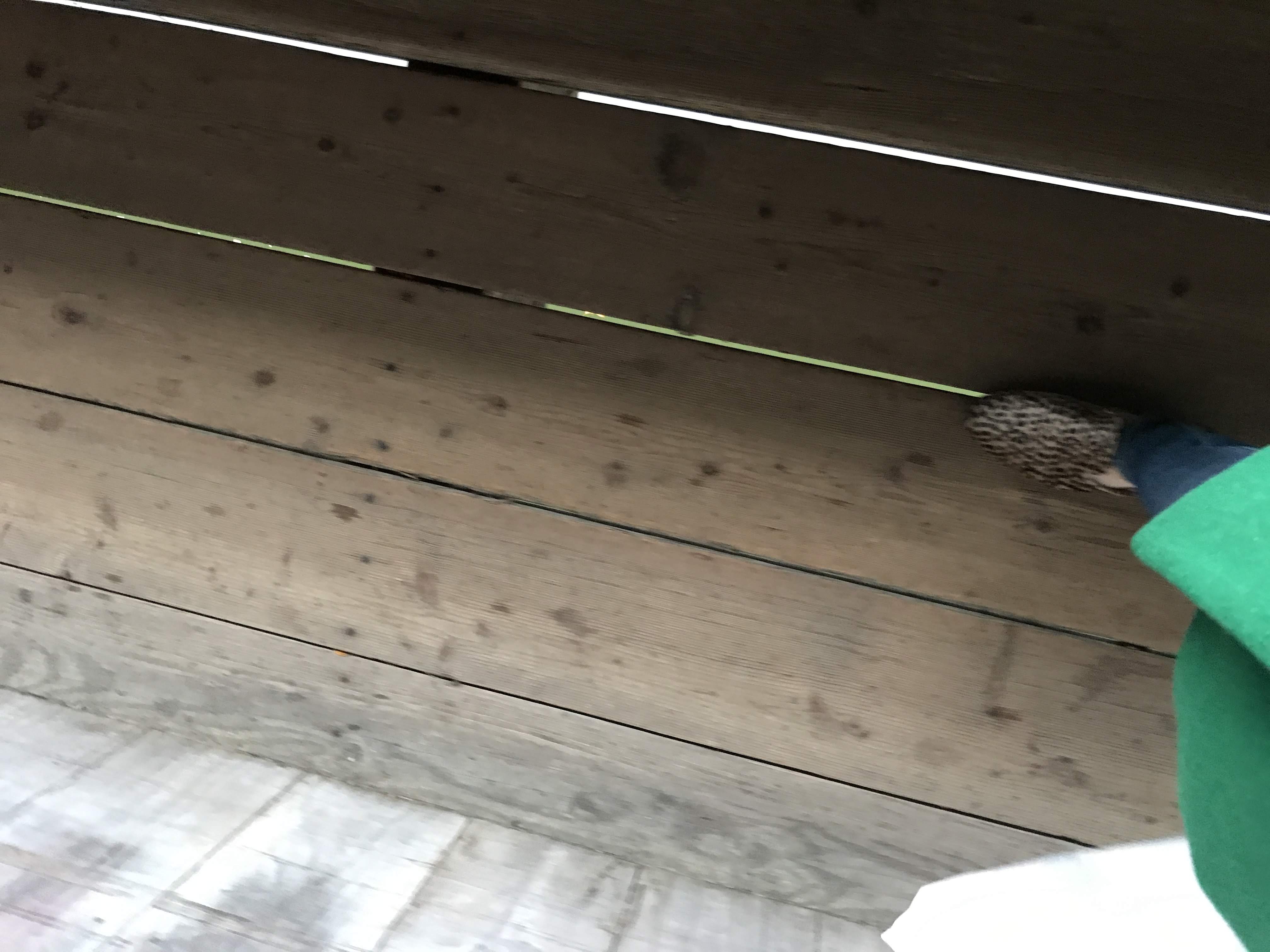 You can find unique gifts throughout the little boutiques on both sides of the covered bridge. There are also a bunch of shops in the basement of the Bavarian Inn! 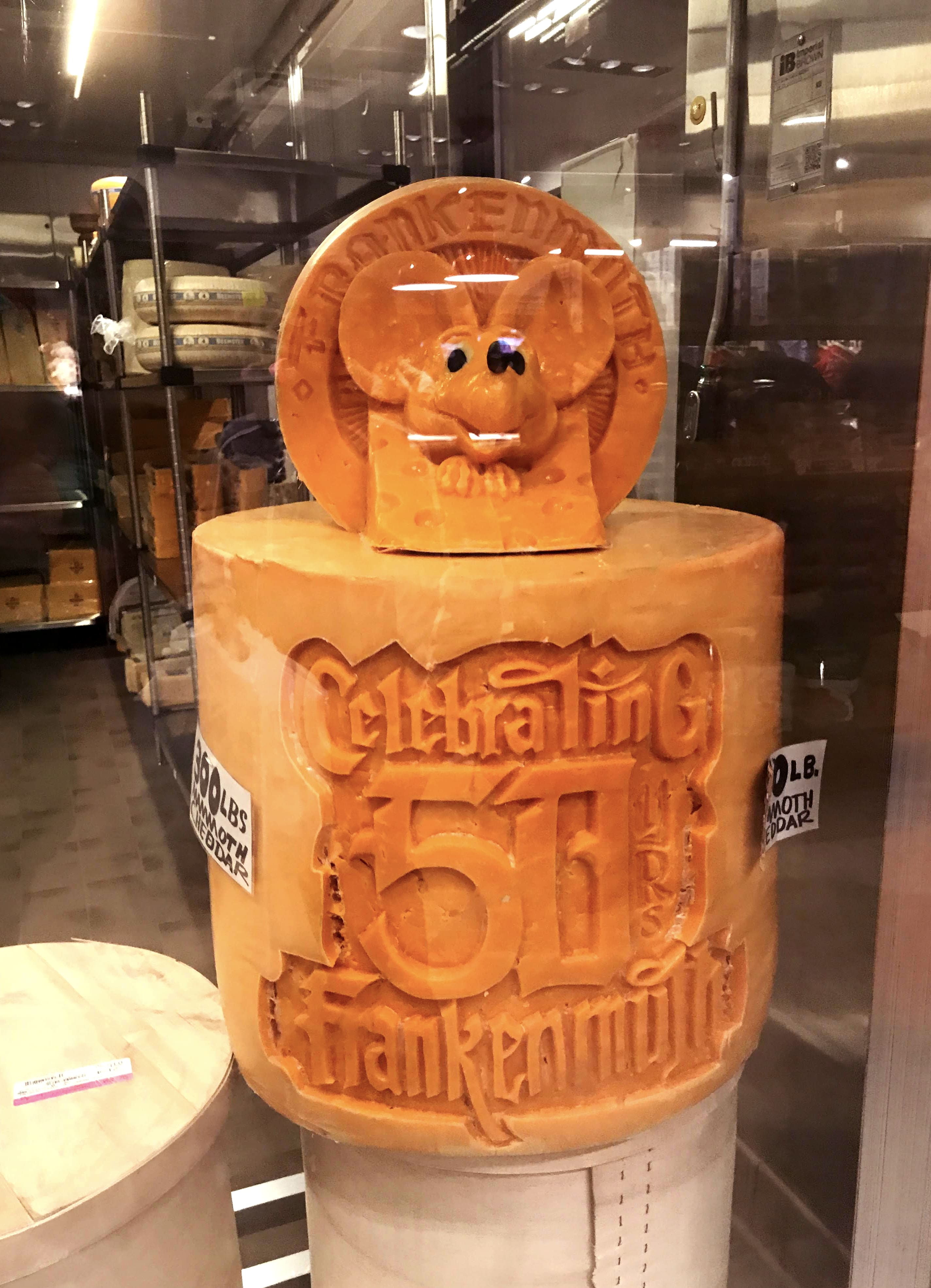 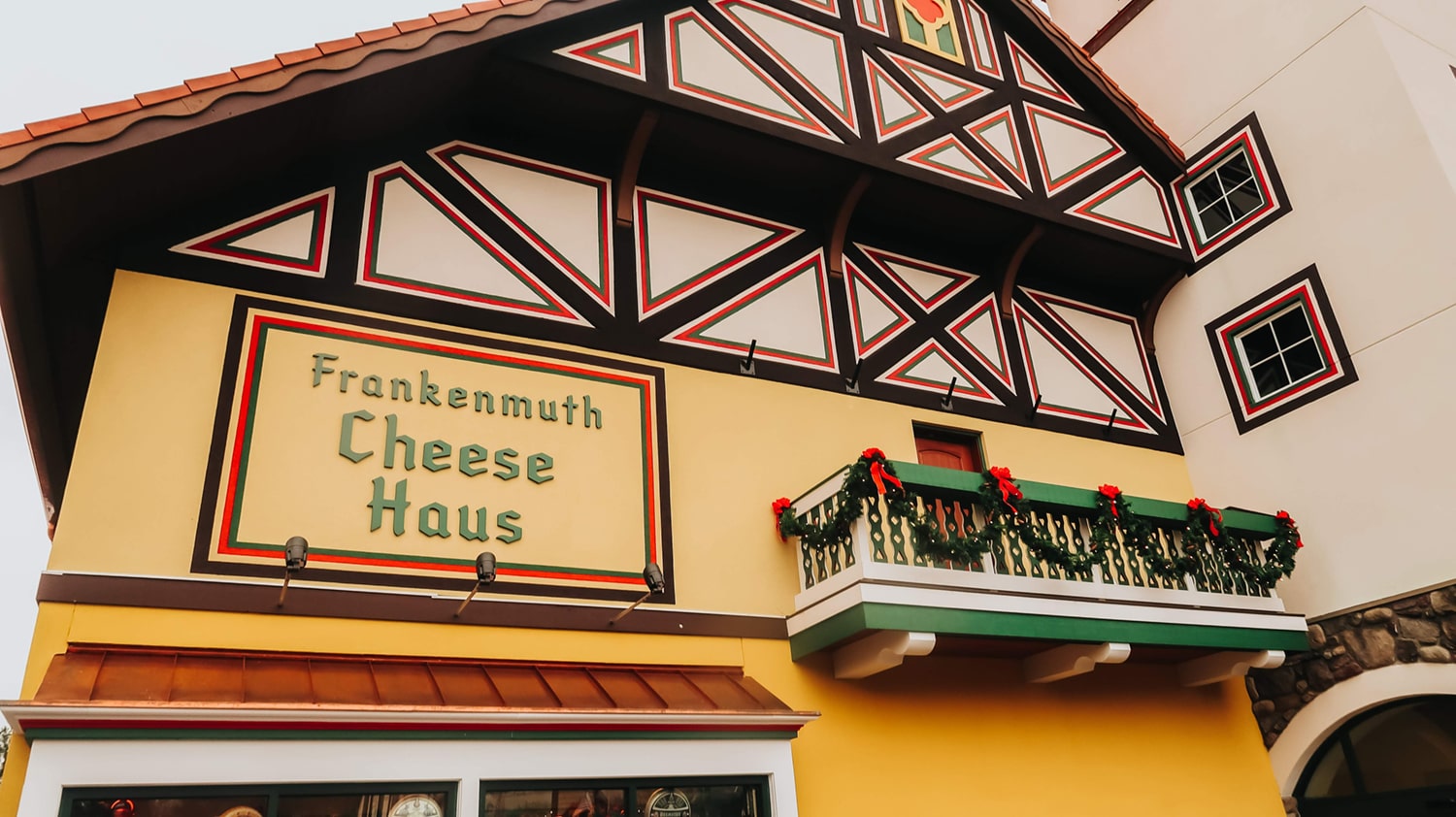 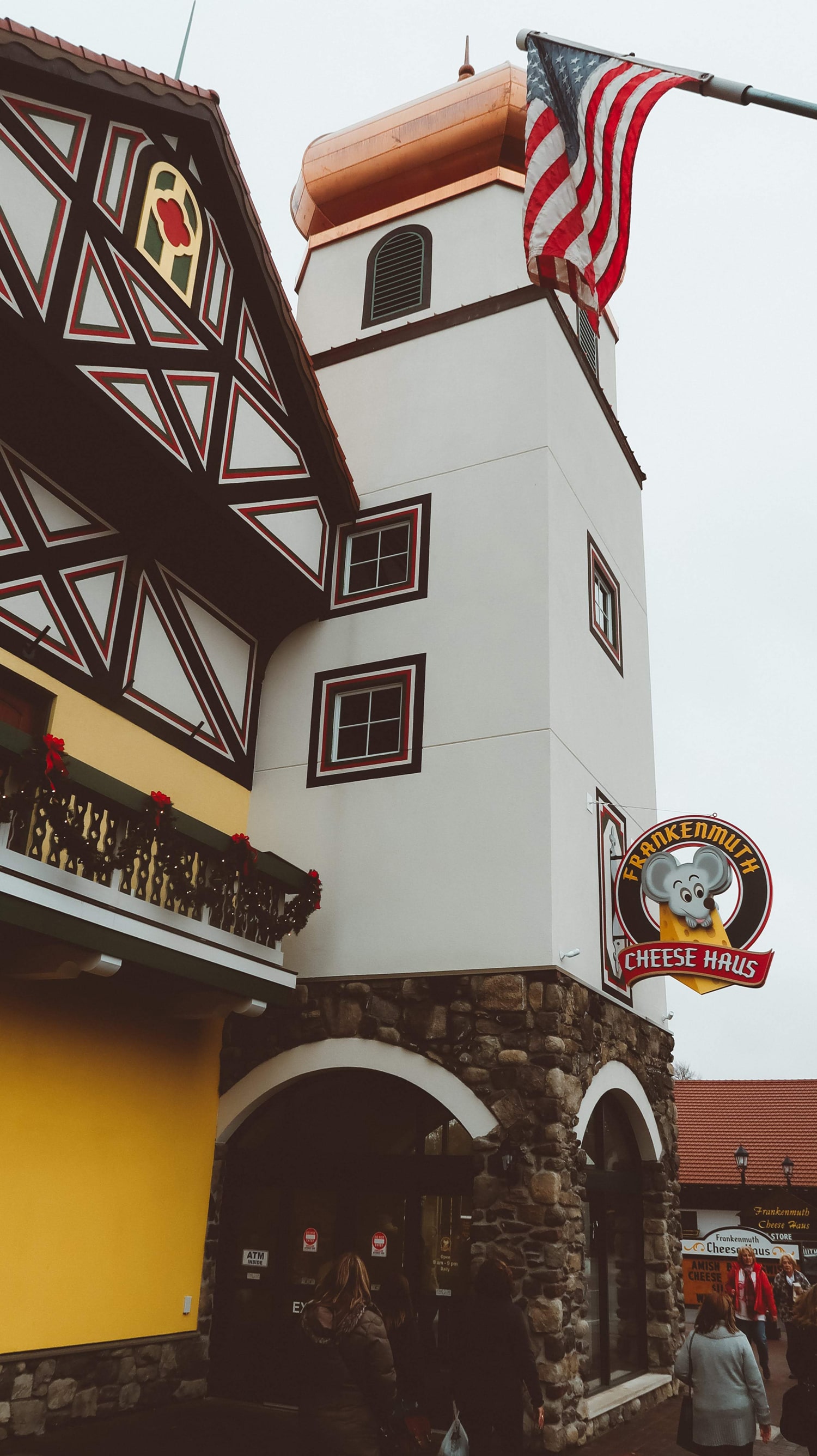 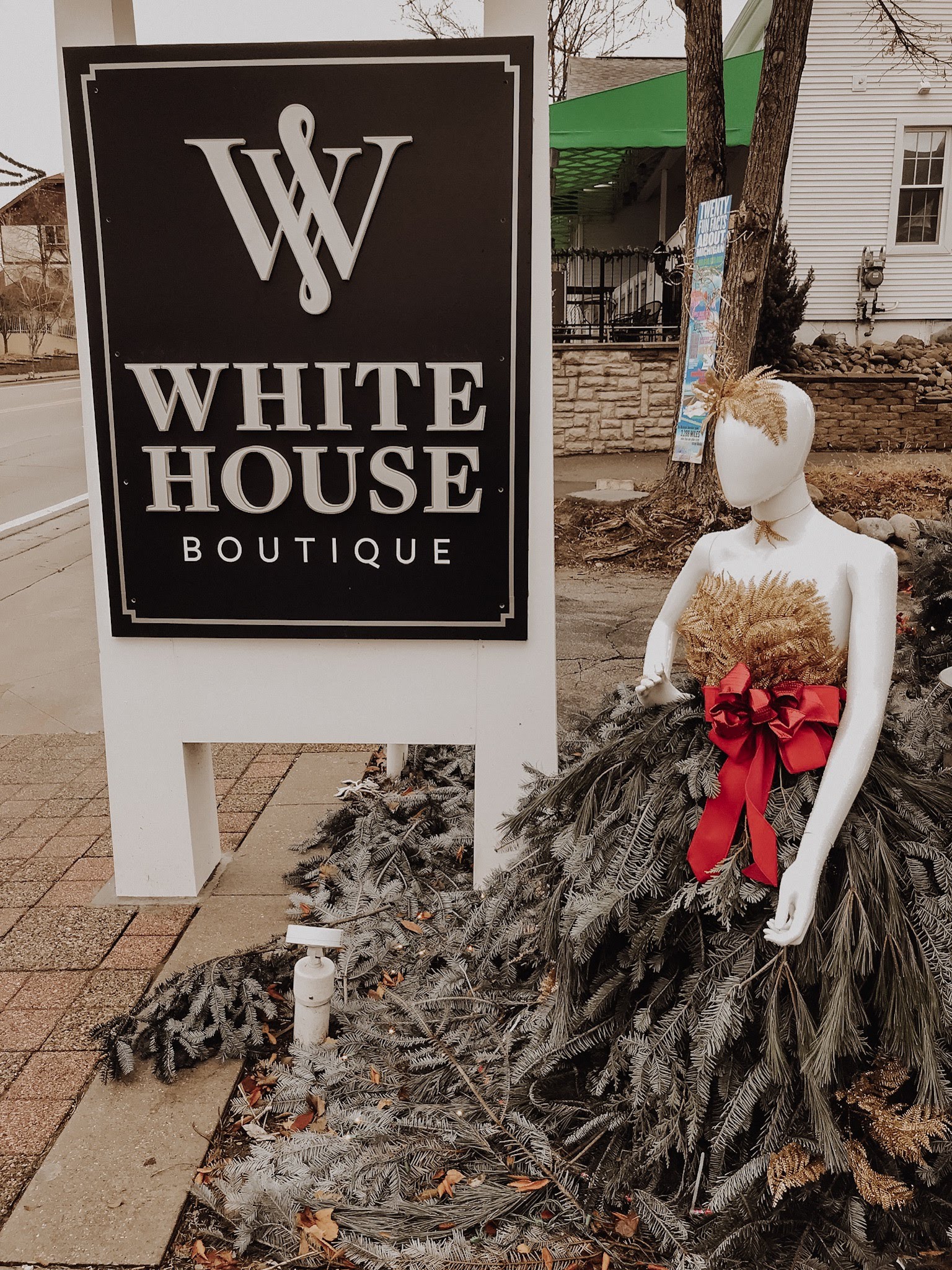 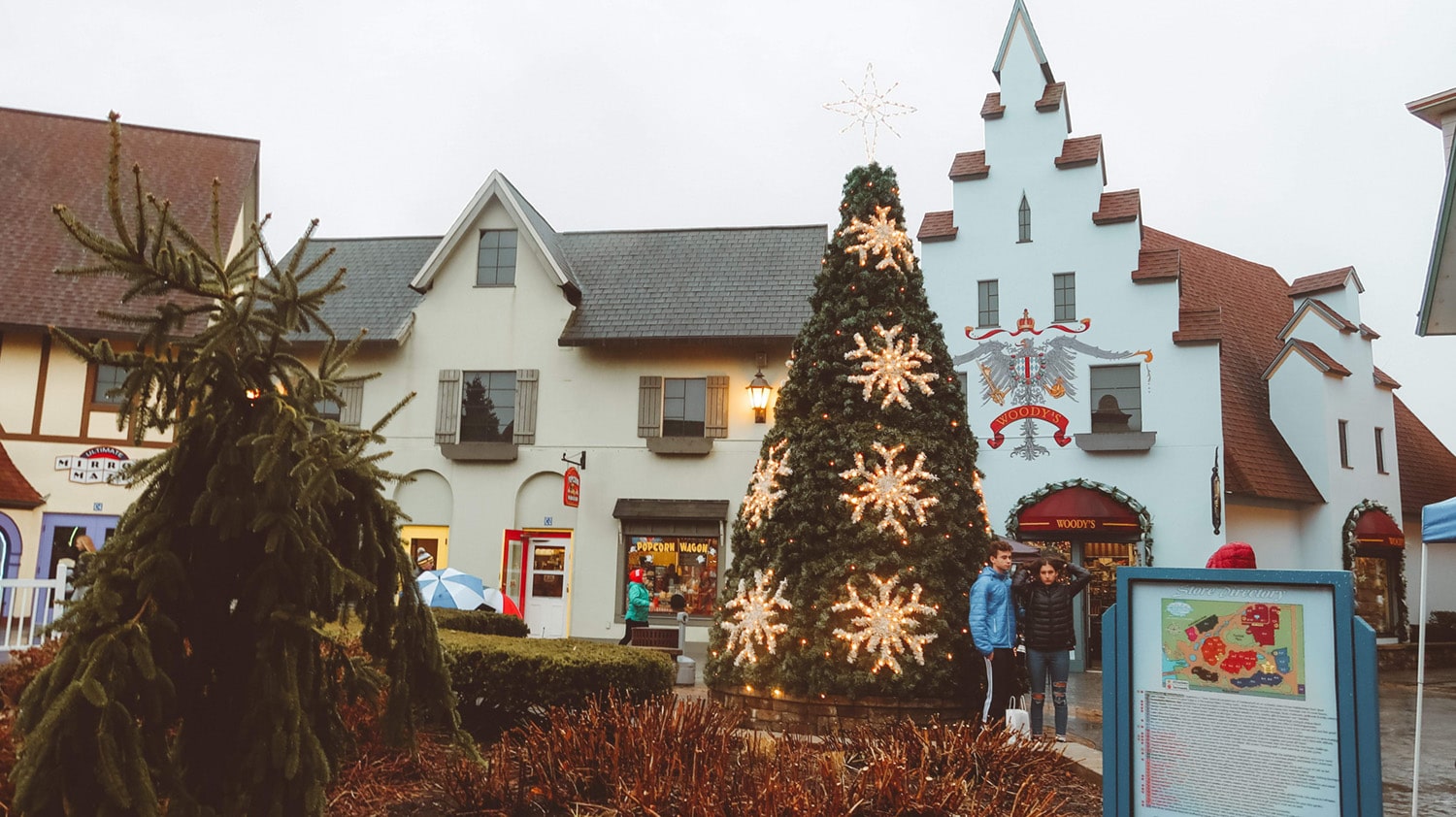 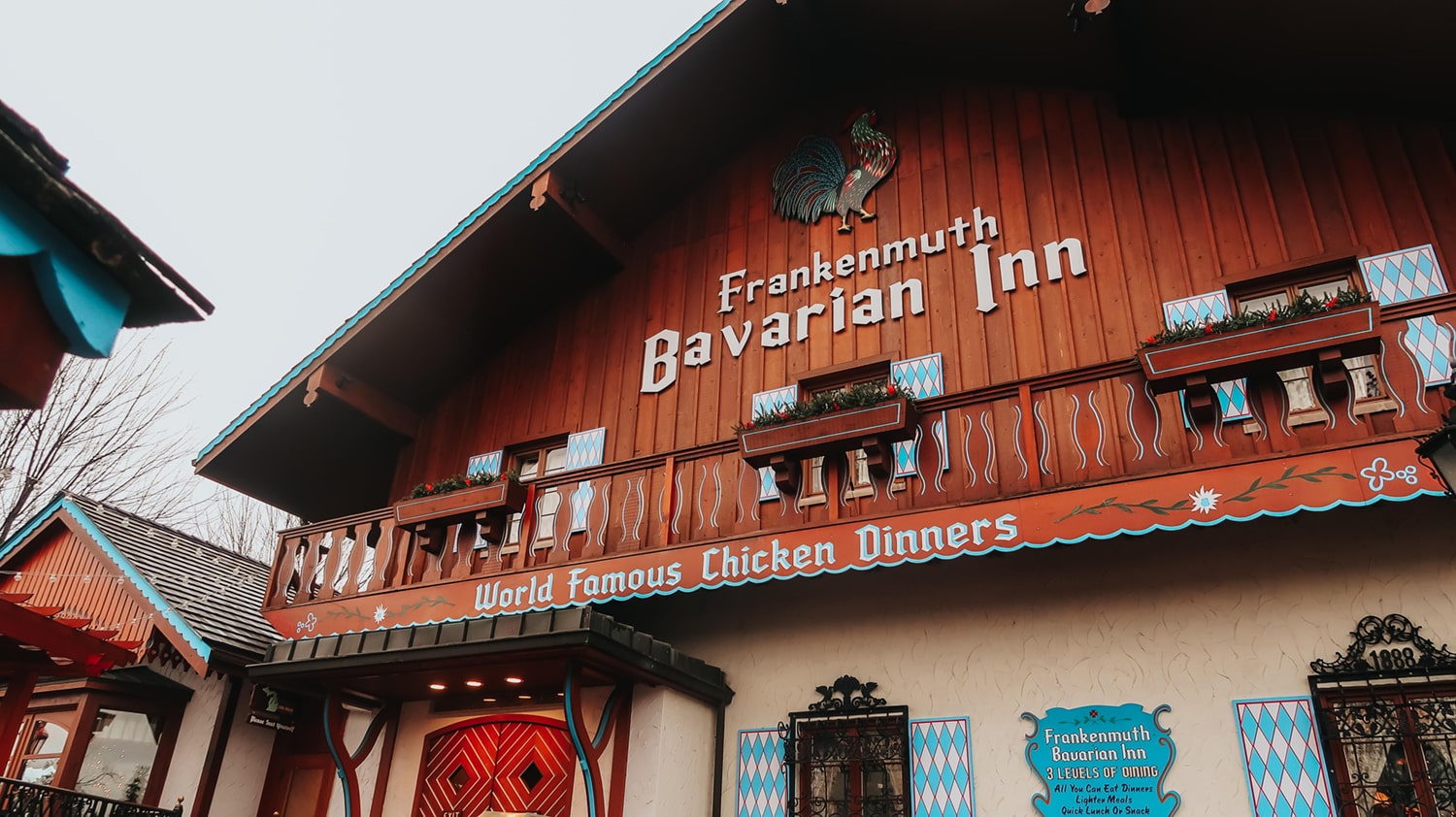 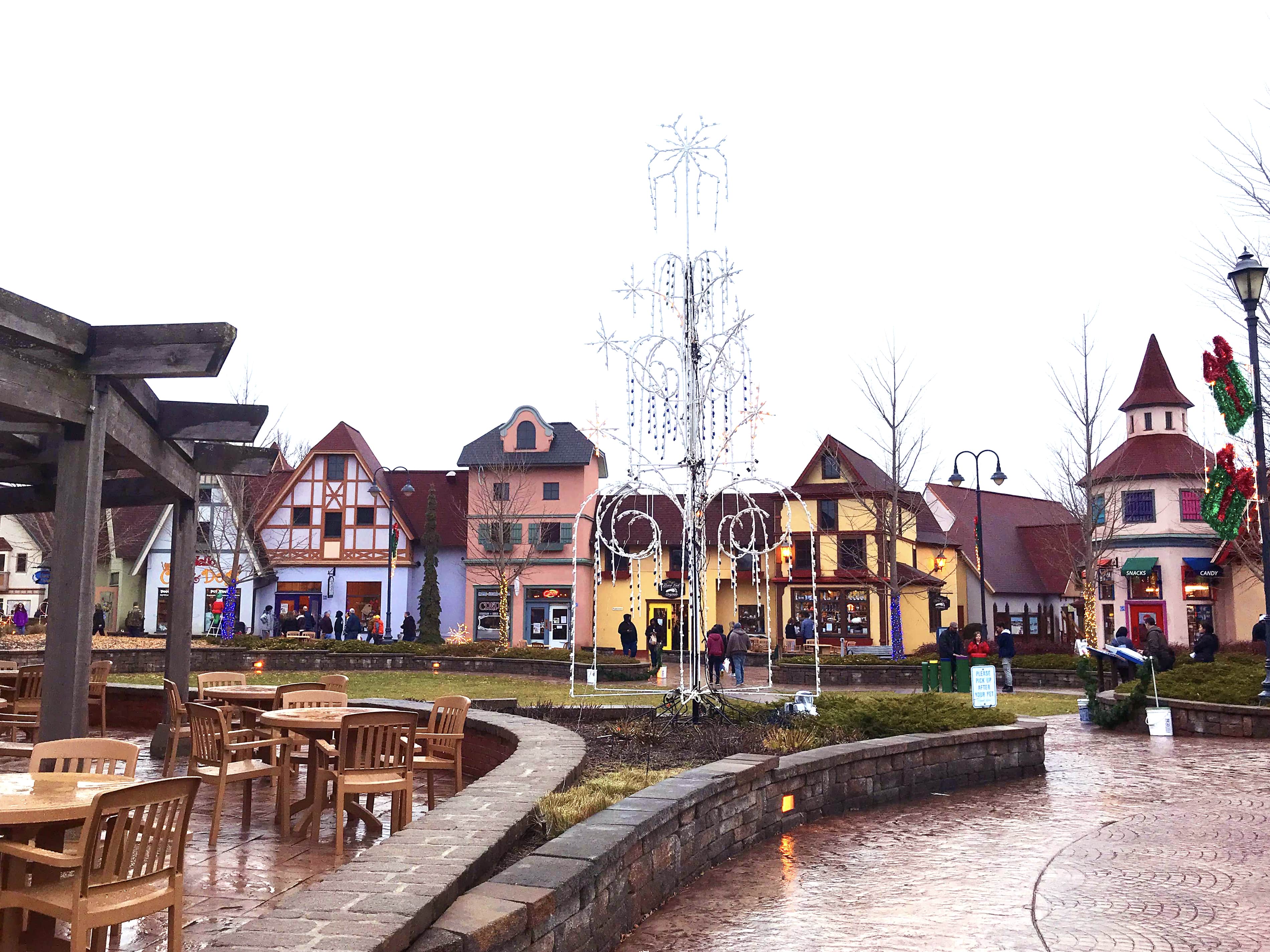 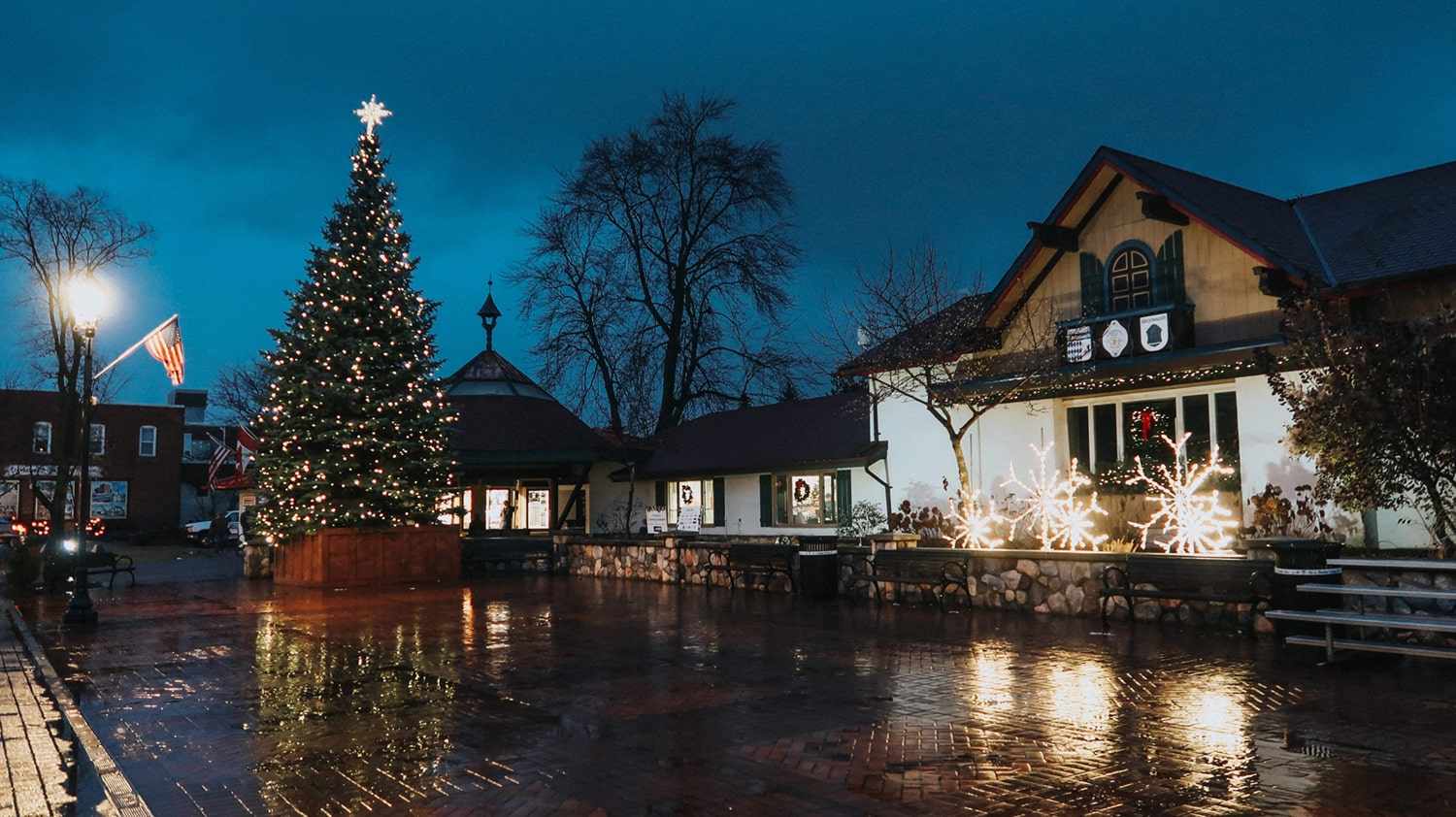 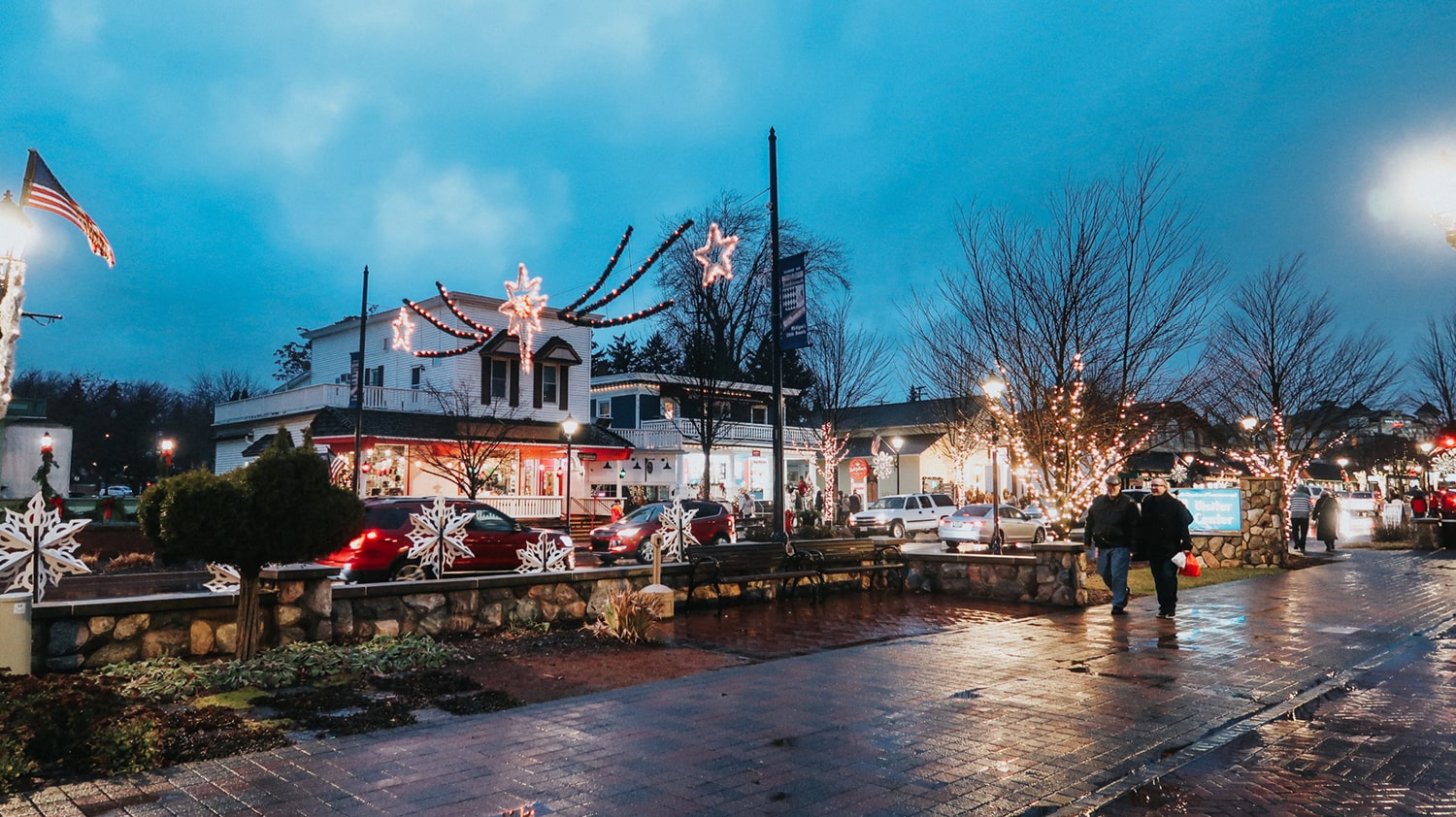 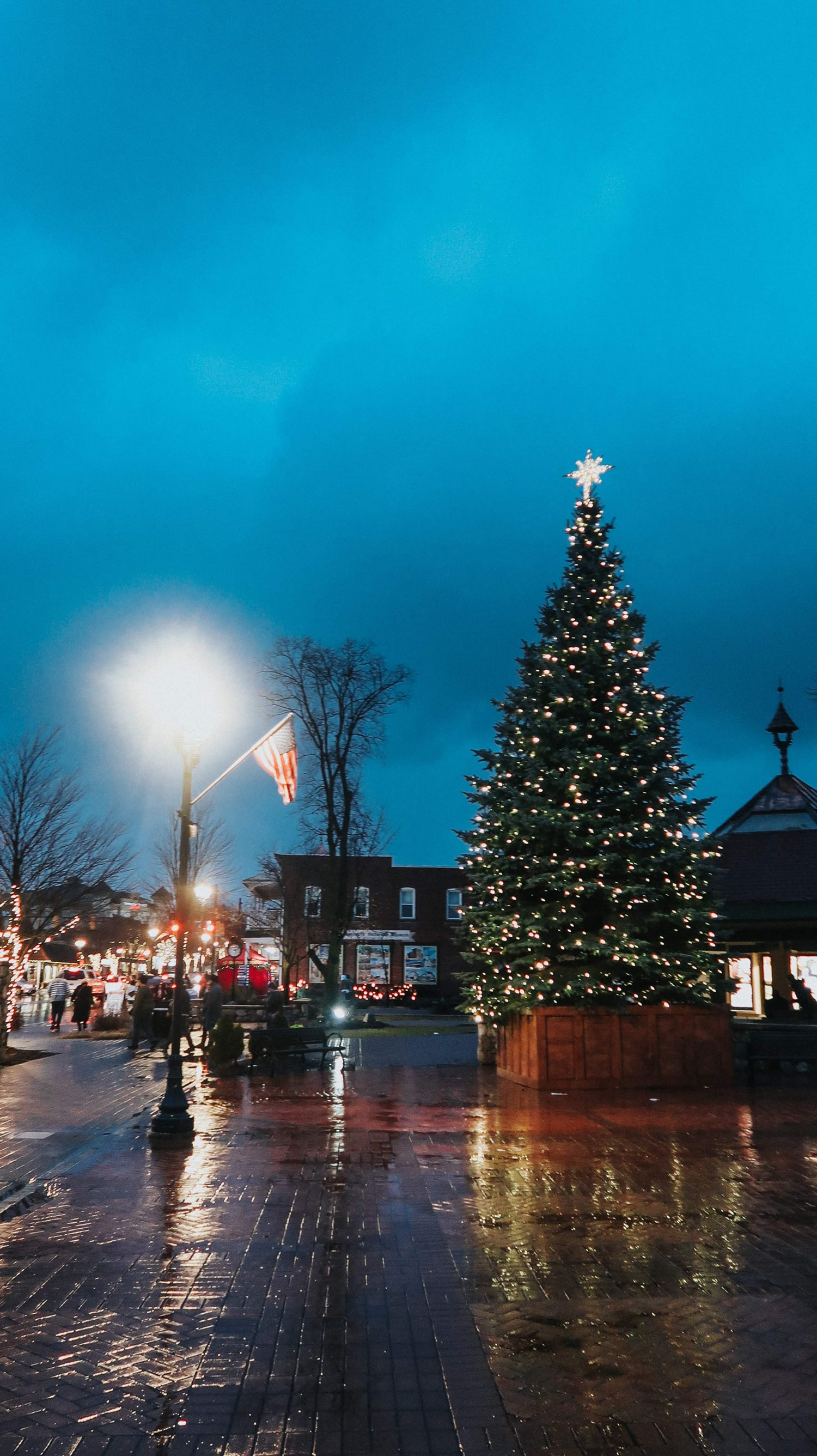 Check out the Museum

Learn about Frankenmuth’s history, and browse their gift shop! Pro Tip: Their bottled water is cheaper here than most other places in Frankenmuth 🙂 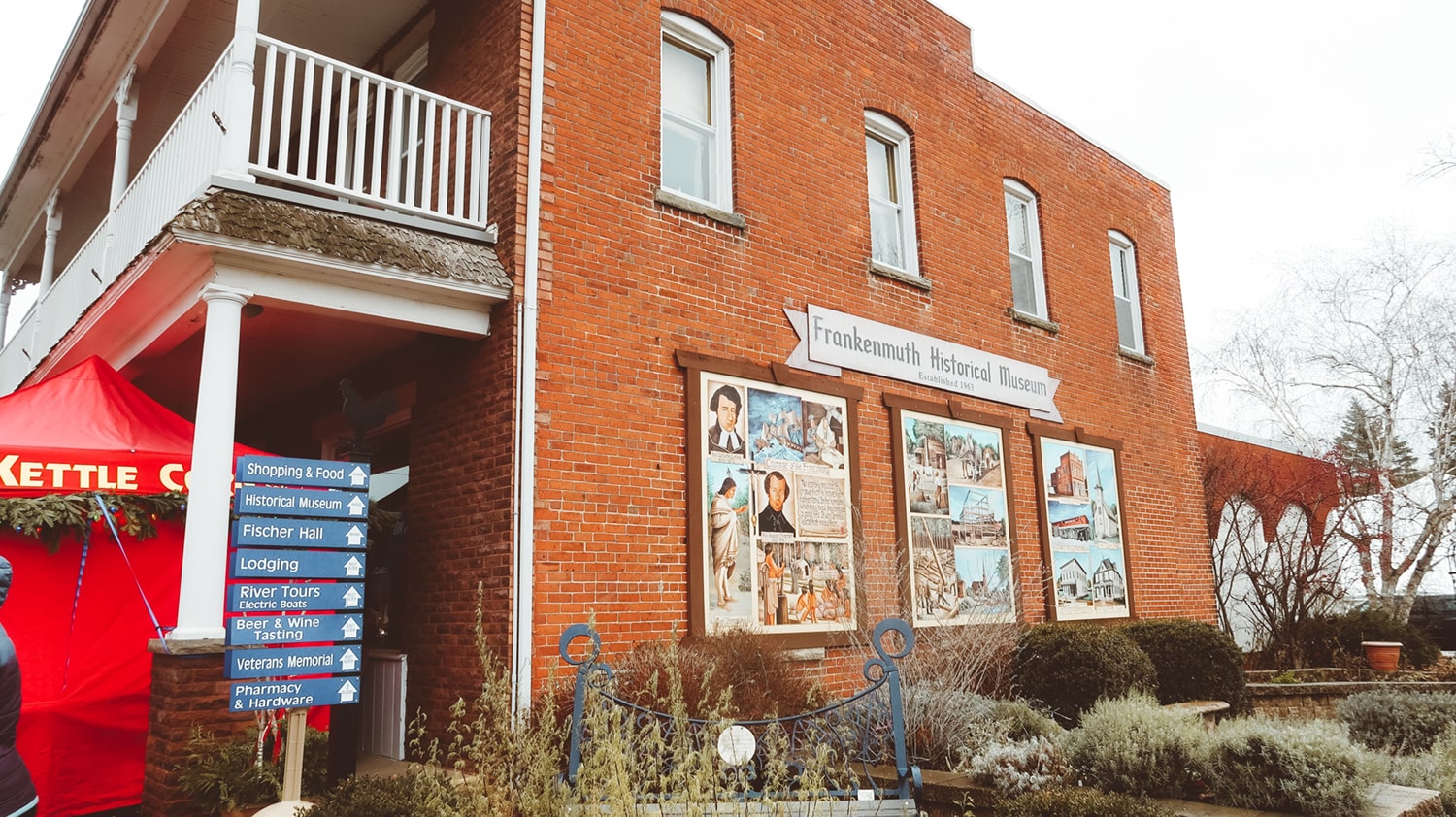 As I mentioned before, you’re going to want to drive to Bronner’s. First reason being it’s a bit of a ways from the rest of town. Second, they have beautiful Christmas lights to drive through down their driveway. Finally, you’re going to come away with a haul, and you’re not going to want to carry it all the way back to town! The store itself is 2.2 acres, and at least 16 sections (that’s the highest number I saw)… we made it through two sections. If you pick an ornament from certain sections (you’ll notice a red mark on the tag), you can have a Bronner’s employee personalize the ornament for free! Such a fun way to make a gift extra-special. 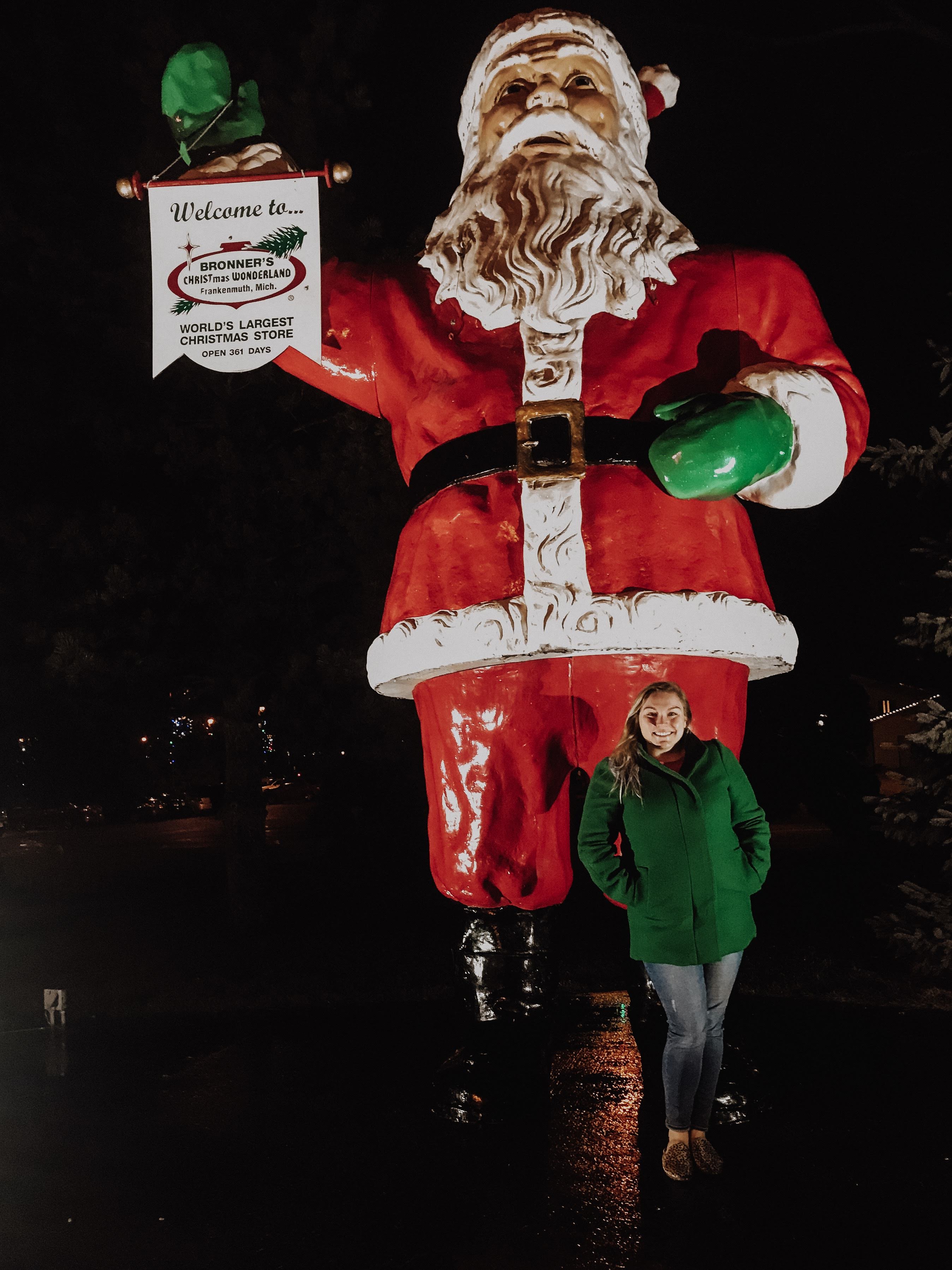 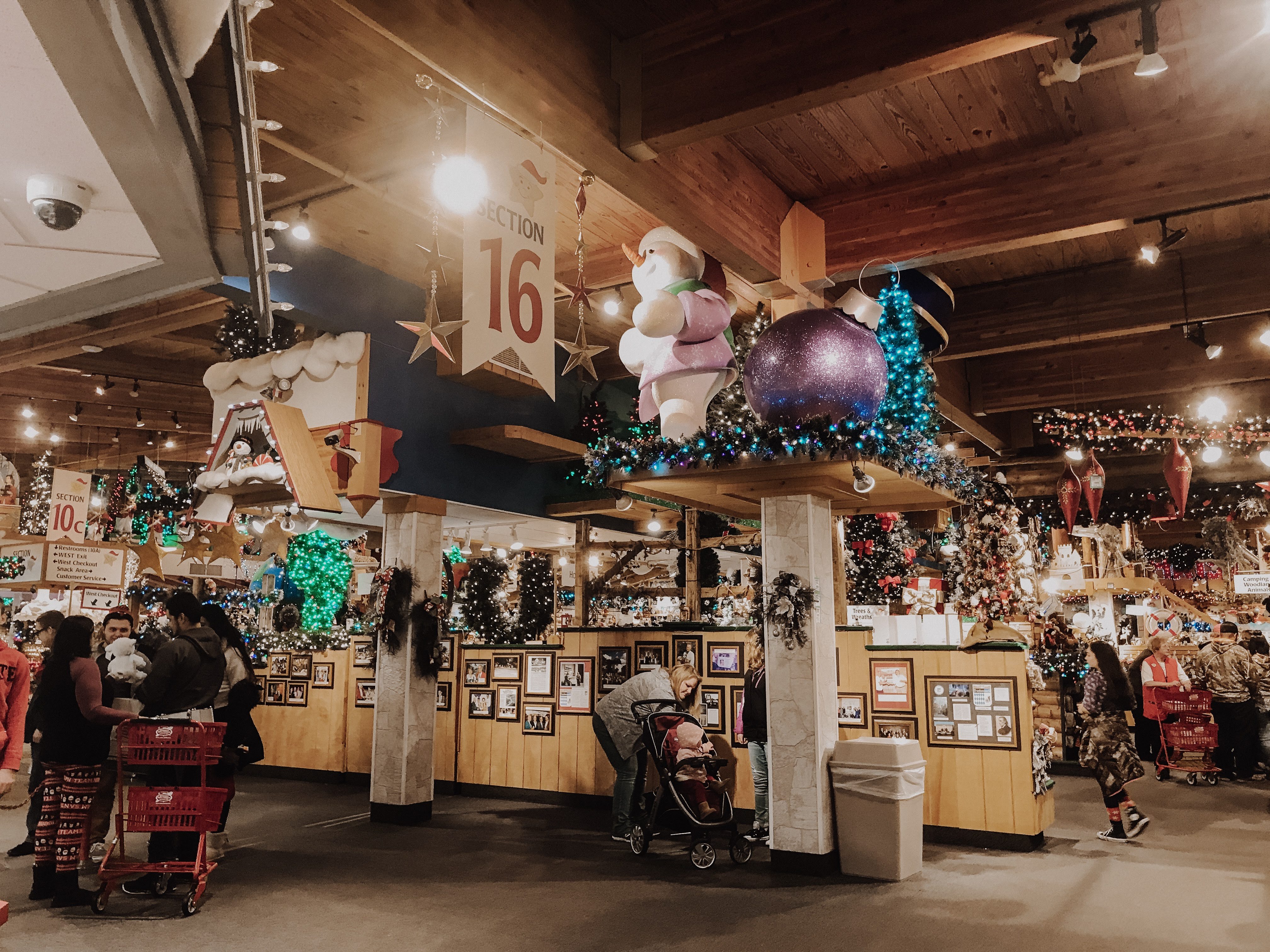 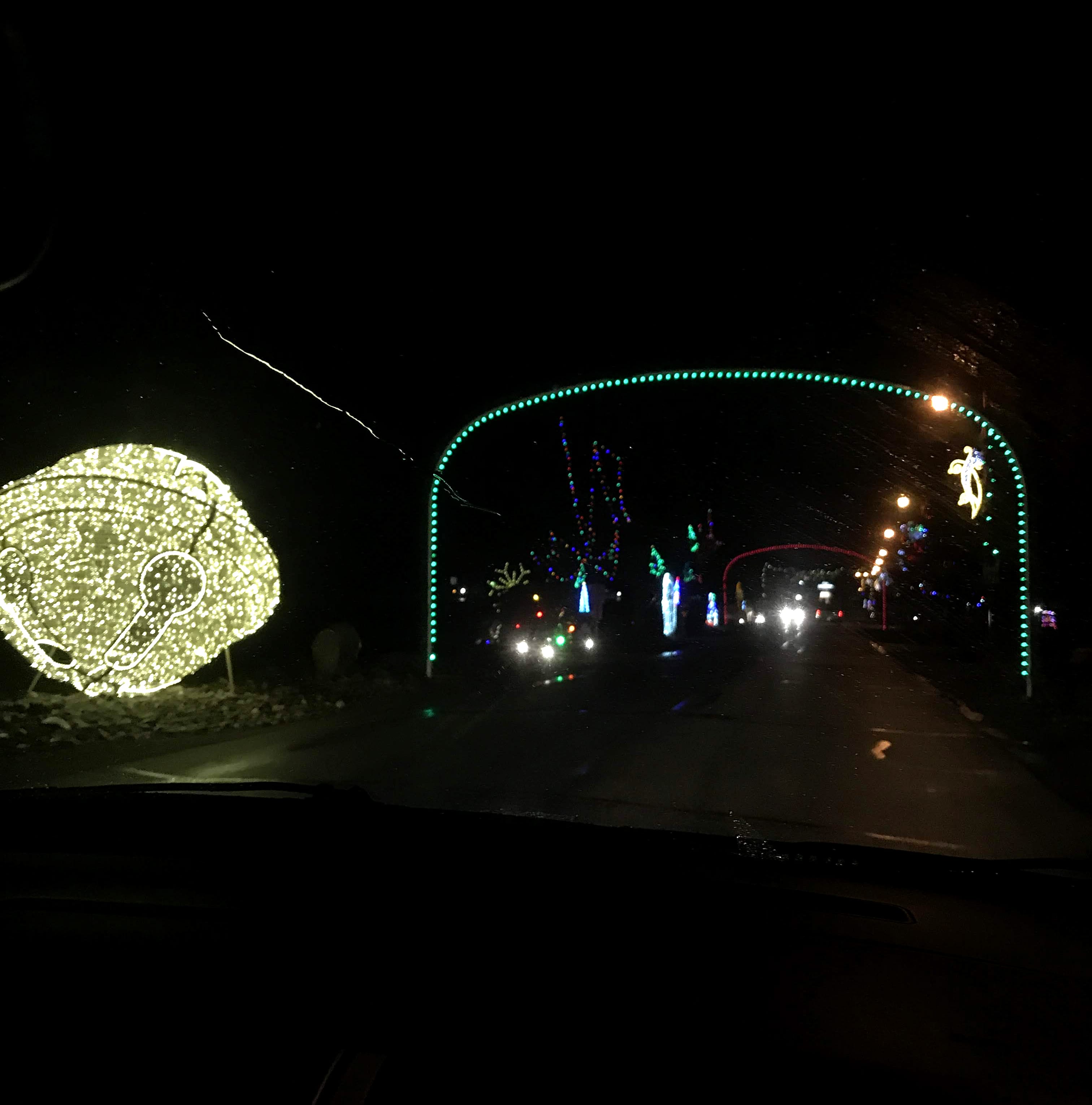 When you walk into this store, you’ll see a cuckoo clock in every direction! It’s beautiful, and all of the clocks are authentically handcrafted in the Black Forest! If you’ve read my post about Alsace, you know a little bit about the area around the Black Forest. Alsace is in France, and just a short drive to Germany’s Black Forest Region. Both were largely influential in the fairytales written by the Grimm Brothers. Also popular from the Black Forest: Black Forest Cake and Black Forest Ham!

The clocks sold at Frankenmuth Clock Company range from $40 to $2,000+ (I swear I saw one for $19,000… but I didn’t take a photo so I can’t confirm for sure). So they have one for every budget! Even if you’re not in the market for one, ask an employee to show you how one of the clocks animates! They are happy to help and show off any of the clocks. So many of them have little figurines that move, it’s definitely something to see.

Read more about the movie being filmed in Frankenmuth here: https://www.abc12.com/content/news/Frankenmuths-Christmas-themed-movie-looking-for-extras-506844871.html 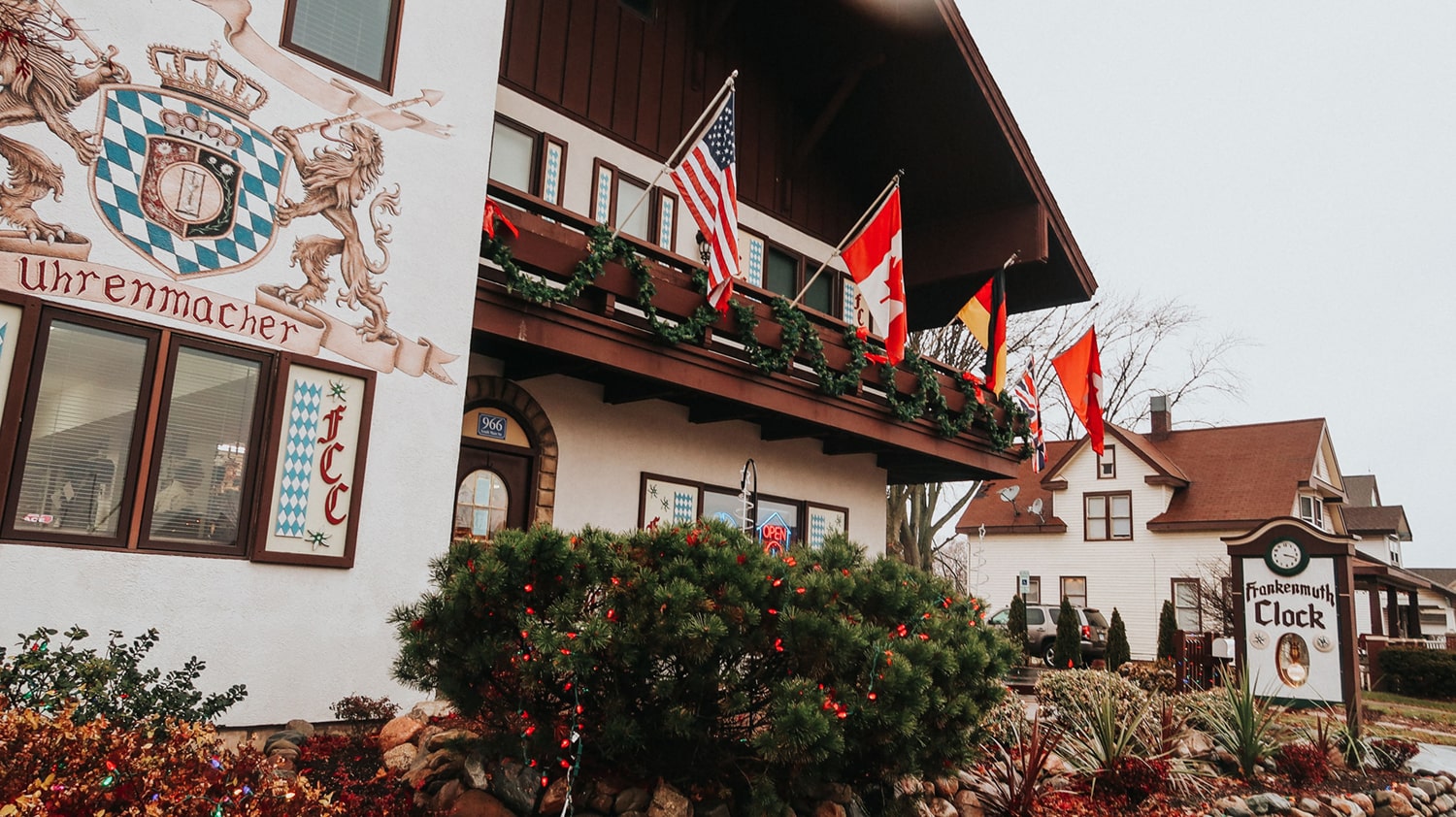 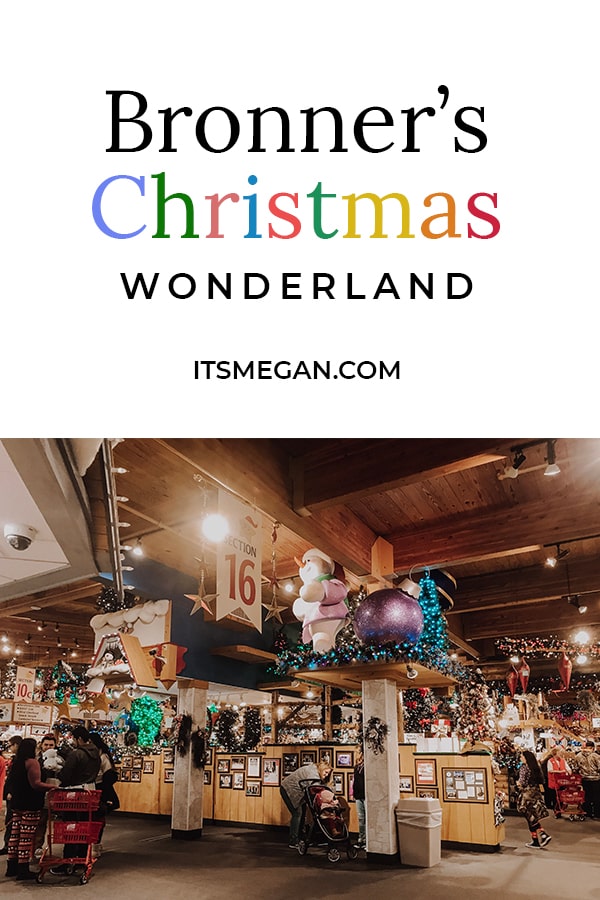 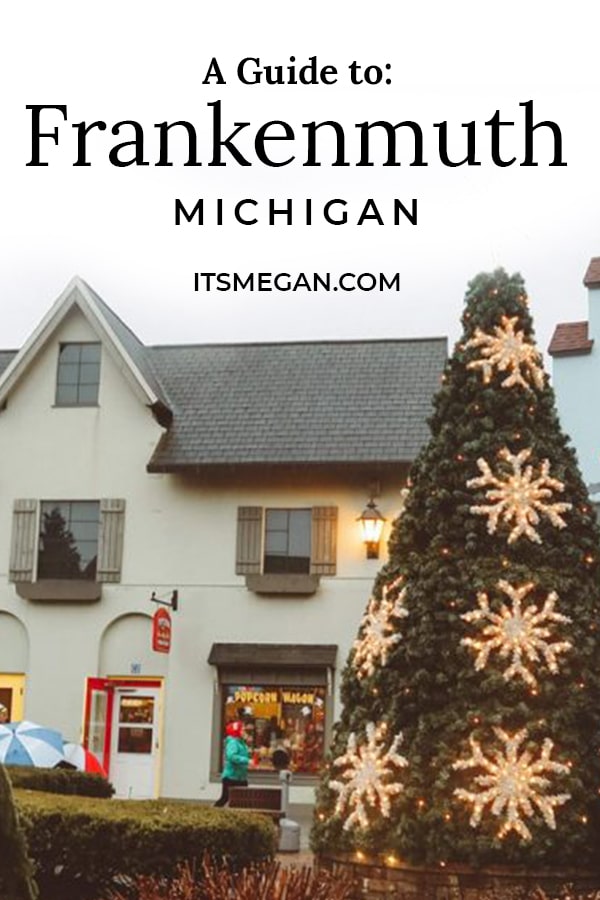 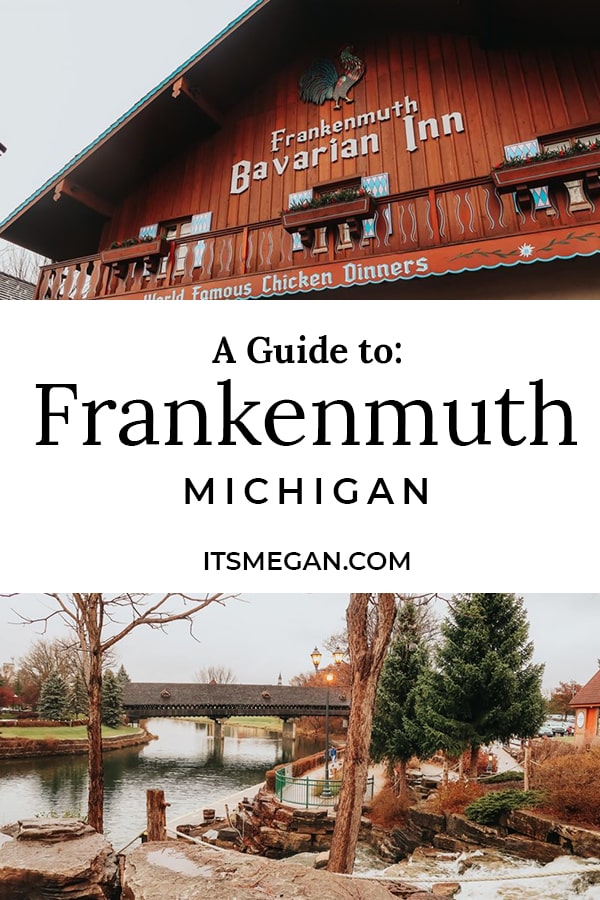 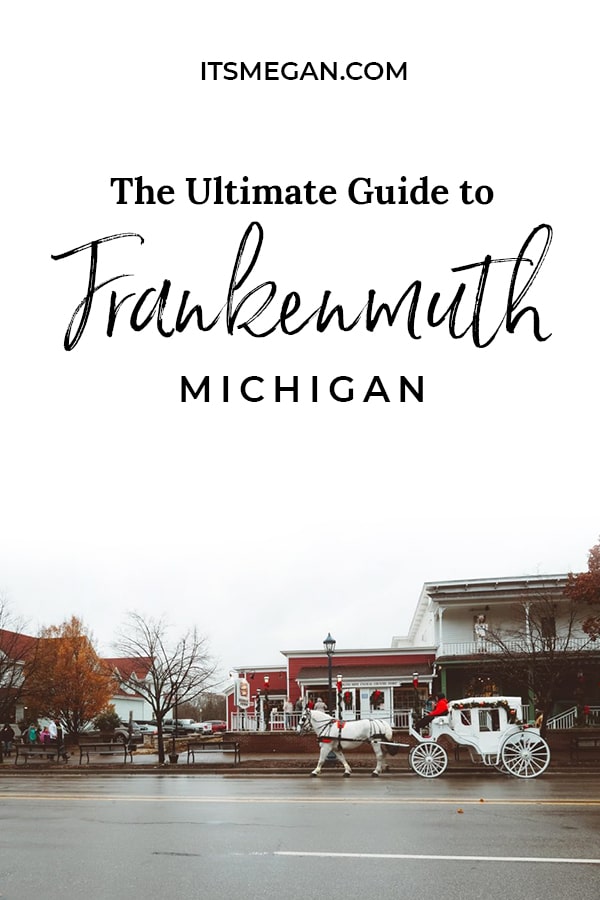 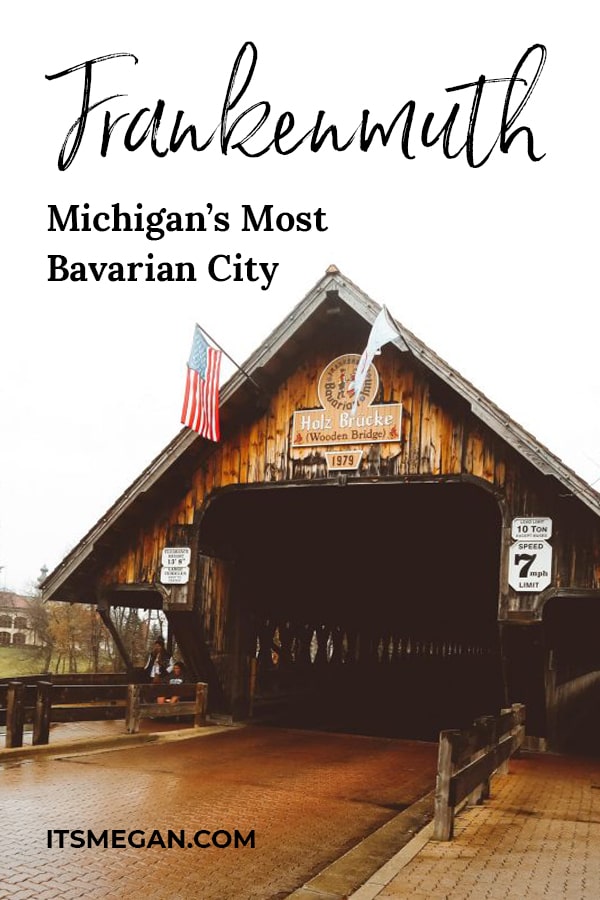 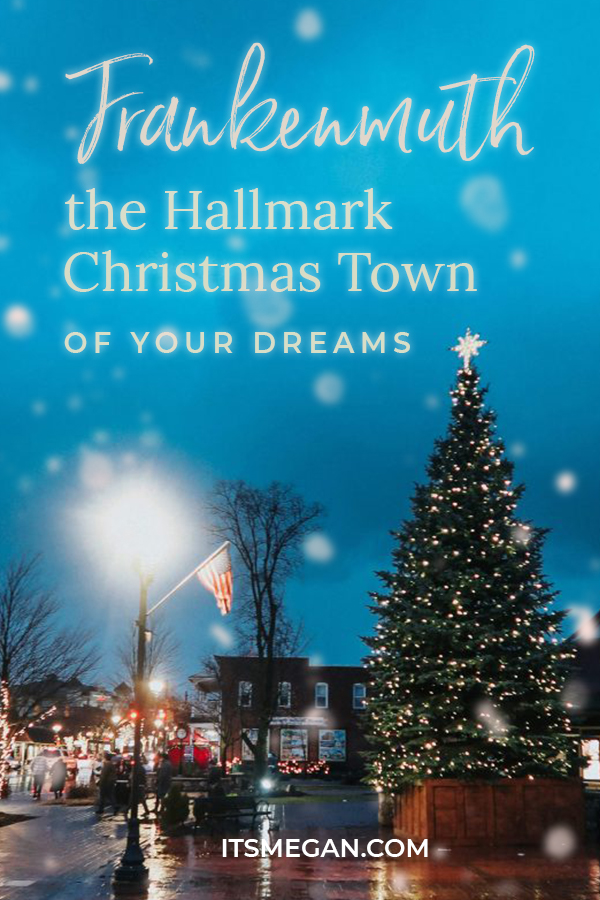