New Orleans is one of my most favorite cities I’ve ever visited.

The food, the music, the architecture, the ghosts – New Orleans has a lot to offer 🙂 If you’re planning a visit, you have to do a ghost tour! There are so many ghost tours to choose from – but if you’ve read my post on How to Plan Your First Trip to Europe, you know I love Viator! Here’s a list of all of the New Orleans ghost tours on Viator! There are plenty of haunted places in NOLA, I’m sure you’ll get your money’s worth with any of them.

Below are my top 3 stops on our walking ghost tour! 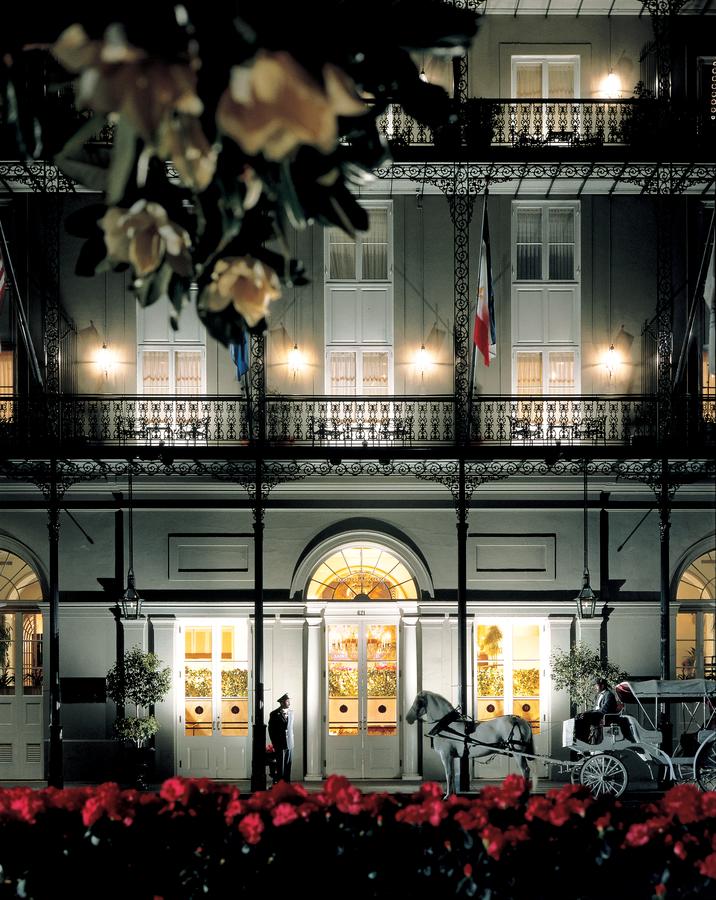 According to the Omni Royal Orleans’ website, the hotel (then the Saint Louis), was built in 1838 to be a “Creole palace” – and they say that gumbo was created here. (So I’m adding this to my list for next time). Here’s a little history to set the tone: in 1841, a fire destroyed the entire place. They were able to rebuild for a $600,000, and in 1862, it became a temporary military hospital for Union Soldiers. Post-war, the State of Louisiana bought the property to use as the “de facto Louisiana State Capitol”. In 1915, a hurricane demolished the entire thing, and in 1960 the hotel was completely rebuilt, using the “exact drawings of the remaining stone arches … and [the] exact duplicates of the Spanish wrought iron railings.”

Now that you have some background, you can imagine how many potential ghosts roam the halls. 🙂 I’m sure there are a ton of stories here, but my favorite is about a busy maid. She supposedly appears in your room to tuck you in, flush the toilet, and run you a bath. #alwaysworking

One last tidbit (which may or may not be true) – our tour guide told us that Beyoncé has been known to stay here on her visits to New Orleans. Although, Solange lives in NOLA so… I doubt it.

If you want to book a room and get that 5 star treatment (bath drawn and all), you can book here! All jokes aside, this place looks gorgeous and I’d love to stay here! Check out their photos for yourself 😍 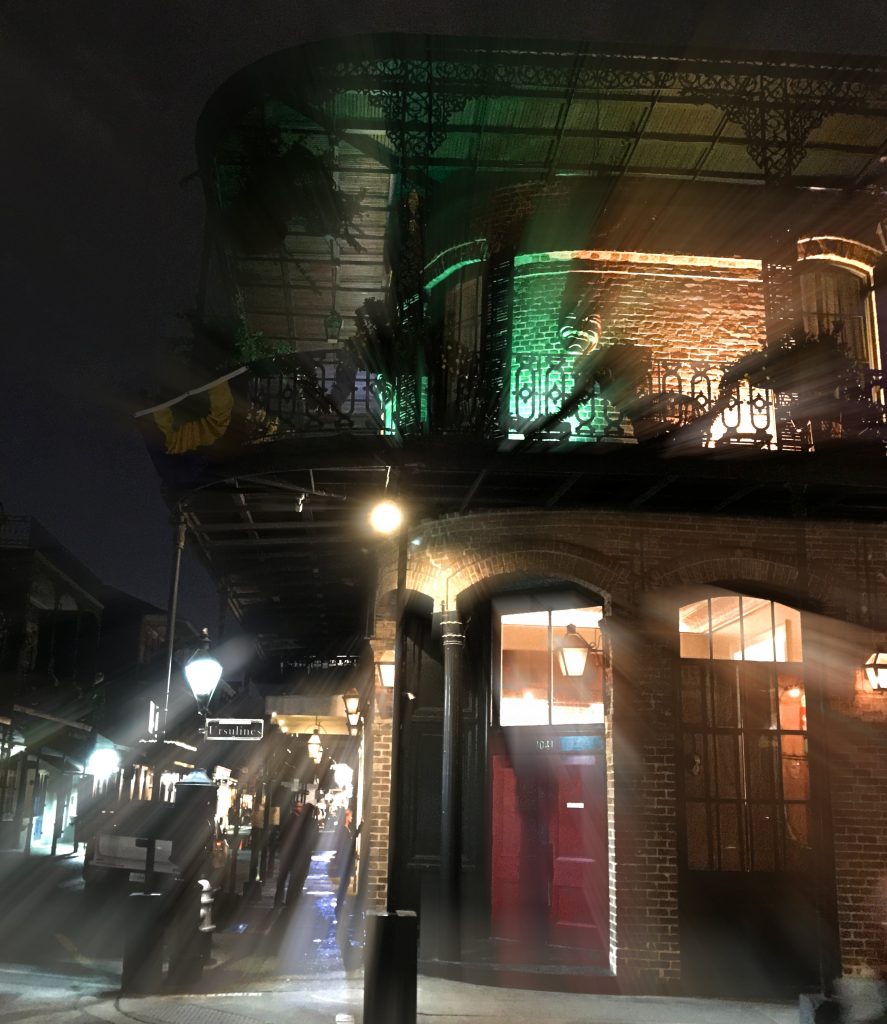 (I don’t get the opportunity to make creepy pictures often, so just go with it)

In the early 20th century, Jacques St. Germaine lived in this house. He was a very rich and handsome man who enjoyed throwing parties and drinking red wine. (Who doesn’t?) None of his party guests would ever see him eat food, only drink his wine. One night, a prostitute ran through an upstairs window and went over the balcony. At the hospital, she claimed that Jacques was trying to bite her – and when they went back to the house to question him, he disappeared! Throughout history, people claim to have seen Jacques St. Germaine every 30 to 40 years, looking the exact same as he did in the early 20th century. And, the window that the prostitute had fallen from has since been bricked over. Creole tradition says that “when evil goes outside, you need to brick it up so it can’t get back in.”

The current residents of this home are an attorney and his wife who, in 2016 opened up the home for a tour. You can see the incredible interior and read more about their story here.

I suppose this isn’t a haunted house, but definitely creepy. Anyone else watch True Blood? 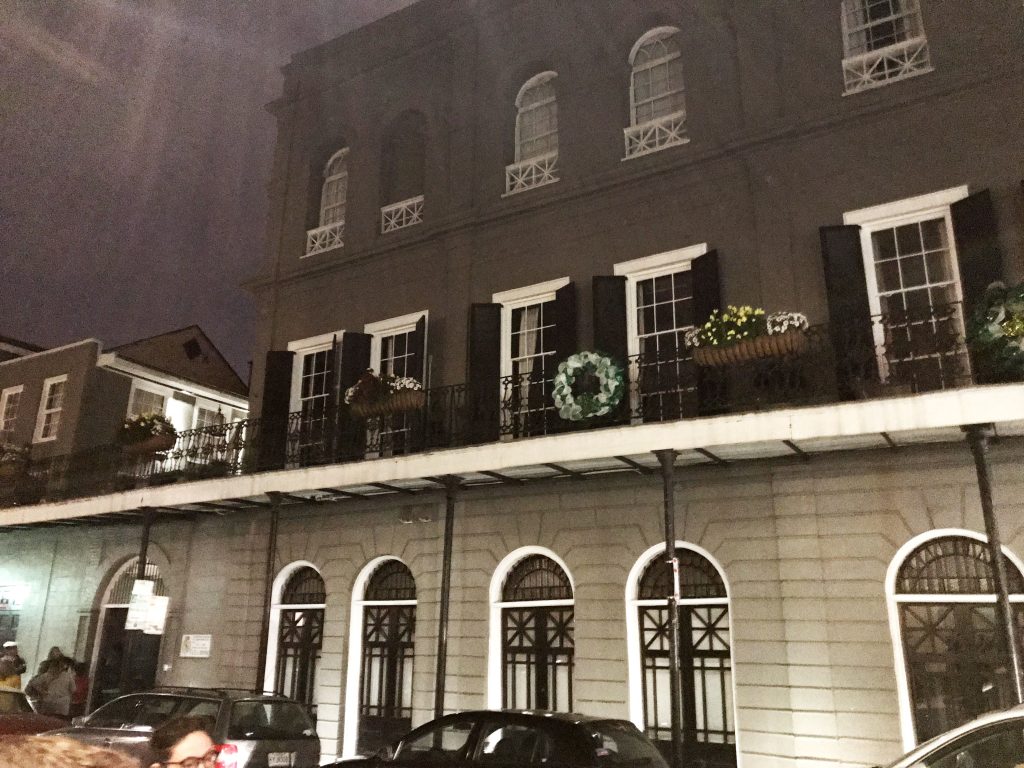 This is the creepiest house in my opinion! If you’ve seen American Horror Story: Coven, then you’ve already been exposed to the (dramatized) story.

Madame LaLaurie grew up in a politically powerful family. She had married three times: Husband No. 1 died mysteriously in Havana (she was not present); Husband No. 2, also died; Husband No. 3 was 20 years younger than her! They didn’t get along, so after purchasing this house – Husband 3 moved out, and Delphine was “driven mad”. In 1833, a young slave was (supposedly) brushing Delphine’s hair. After pulling too hard, Leia (the young slave) was chased by Delphine with a whip, and fell from a window to her death. This sparked an investigation, and upon finding mistreatment, all of Delphine’s slaves were released from her. With the help of a friend, she was able to purchase them all back one by one.

In 1834, Delphine was hosting one of her lavish parties when a cook (who was chained to the stove as punishment), set fire to the kitchen. Once authorities arrived, they found a room upstairs where seven slaves had been chained. The townspeople requested that the Sheriff arrest Delphine, but he never showed up. Delphine fled and the townspeople (turned mob) almost destroyed the entire house.

Since 1834, crazy things have supposedly happened in this house. You can read about them here. And, in 2009, Nicholas Cage bought the house but could never bring himself to stay there. He apparently lost it to bankruptcy. Currently, an oil tycoon from Texas owns the property.

I hope this has intrigued you to do a ghost tour in New Orleans! It’s such a unique experience, and these are only a handful of the many stories you’ll hear while you’re there.

Have you already done a ghost tour in NOLA? What was your favorite stop?

Credit for the featured image used for this post: booking.com 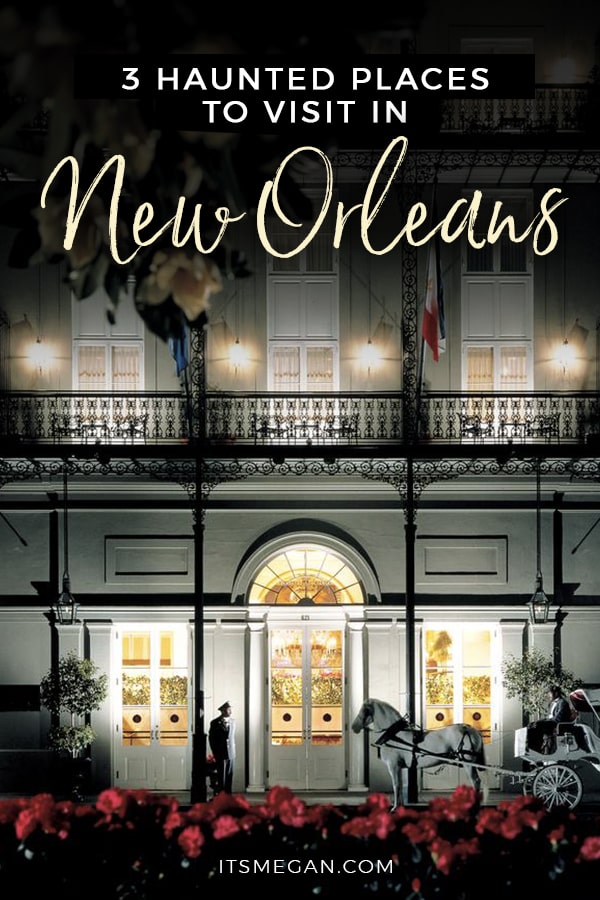 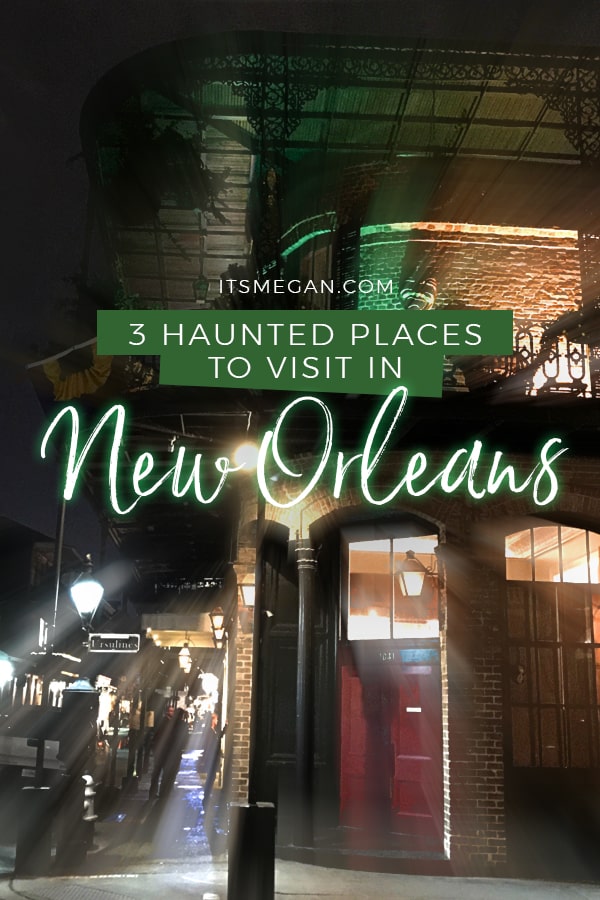